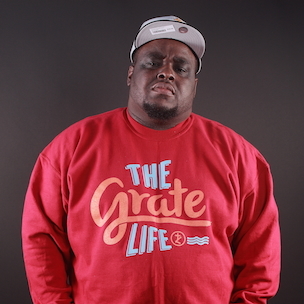 St. Louis rapper Thi’sl has helped organize “Let Your Voice Be Heard,” a public forum for youth and young adults to discuss the Michael Brown shooting and its aftermath.

Doors are slated to open for the “Let Your Voice Be Heard” forum today (August 15) at 6:30 pm CST at the Friendly Temple Missionary Baptist Church at 5515 Dr. Martin Luther King Drive, St Louis, MO 63112. The event is scheduled to begin at 7 pm CST.

“The cry of the youth and young adult of our generation is that no one is listening to us,” Thi’sl says during an exclusive interview with HipHopDX. “I wanted to use the space and platform that I have to allow them to be heard peacefully about the Mike Brown situation. Not just to be heard, but also that they may hear messages of hope from people in their community and hear a plan about moving forward.”

Furguson is about 13 miles northwest of downtown St. Louis.

J. Cole, Killer Mike, Big Boi and Nelly are among the rappers who have commented on the shooting of Brown.

The flyer for “Let Your Voice Be Heard” is as follows: 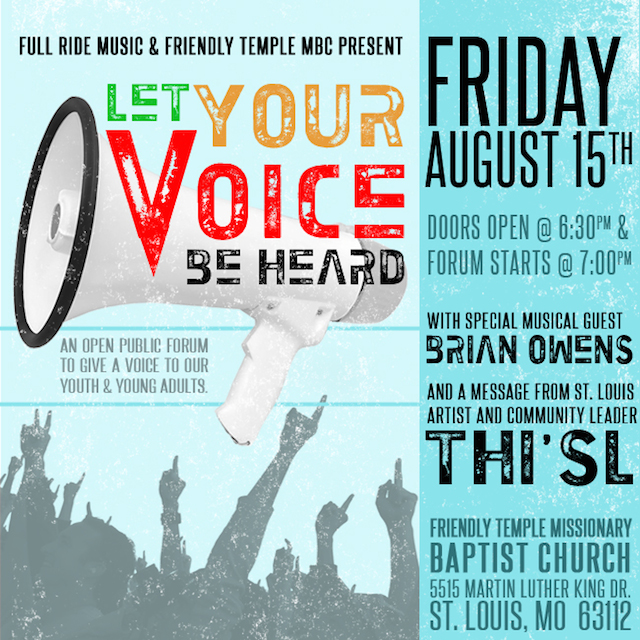