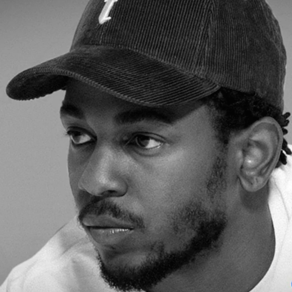 In the story, the TDE rapper says he can pinpoint when his life changed.

“For me, the whole complete world changed within six months of good kid, m.A.A.d. city coming out,” Kendrick Lamar says. “It wasn’t about the money change, although, that did happen, but it was like I stared seeing who I really was during that first run and learned more on the second. Either you notice who you are who are or what you ain’t pretty fast when you get fame.

As Lamar grew as a person, he says he paid particular attention to recent political events, including the deaths of Trayvon Martin, Eric Garner and Michael Brown.

“All of it has really struck a nerve with me because when you experience things like that personally and you know the type of hardships and pain that it brings first-hand, it builds a certain rage in you,” K. Dot says. “It brings back memories of when I’m 16 and the police come kicking the door in. They don’t care that I’m a little boy and they stumped me in my back two times and they dragged me out the house and have us all handcuffed. It brings back those memories. Memories of losing loved ones. It brings back some of the most painful memories and deepest thoughts of real life situations that I didn’t even want to address on good kid. Or wasn’t ready to. Rage is the perfect word for it.”

The rappers rage, though, is informed by his artistic standing.

“I know I’m chosen,” he says. “I know I’m a favorite. I know in my heart there’s a whole other energy and leadership side of me that I have probably run from my whole life. How much power do I want? How much can I handle? That’s the question I keep asking myself. ’Cause when you are a voice for the youth, nothing can stop you.”

Other stories in the issue include pieces on Rhymesayers, Rick Ross and Ty Dolla $ign. Check the cover below: