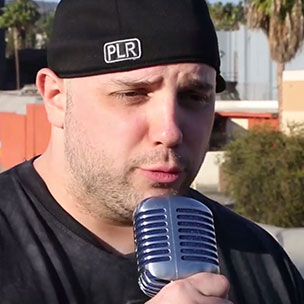 Necro Banned From Switzerland After Brawling In Zurich

In the post, Necro says he plead guilty to the charges. “My charges were giving four men concussions and breaking their teeth,” he writes.

According to Swizz publication TheLocal.ch, promoter Jeronimo Vargas said Necro and a member of Zurich-based collective, IBS initially started fighting. Necro’s security guard and Mr. Hyde (who is performing on tour with Necro) jumped in to help the Psycho+Logical Records founder, which incited a brawl throughout the venue.

The publication reports that the IBS member was questioned and immediately released. Illustre.ch reports that six people were taken to the hospital with various injuries. Video of the brawl is available at Blick.ch, which you can check out below.

“This was all in self defense,” Necro posted to Facebook before continuing with, “fighting to defend Drew Waine, Tone Space and along side Mr. Hyde against some hater snitches.”

HipHopDX has an interview scheduled with Necro once he lands in the US, so stay tuned for the full story.

Also, for how Master P inspired Necro, view the DX Daily below: