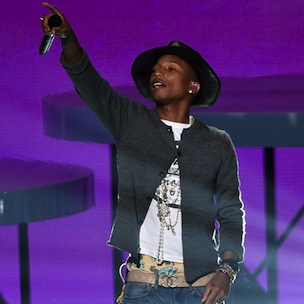 The predominantly Black church was the site of a shooting in June. A 21-year-old White man reportedly killed nine people when he opened fire on a Bible study session.

Pharrell performed “Freedom” for the congregation and spoke with members of the church.

The performance is slated to be included in the Shining a Light: A Concert for Progress on Race in America event scheduled to be taped at The Shrine Auditorium in Los Angeles November 18 and include performances from Jamie Foxx, John Legend and Miguel. The telecast, which will combine live and pre-taped performances such as Pharrell’s, is to air at 8 p.m. November 20 on A&E, History, Lifetime and the iHeartRadio network.