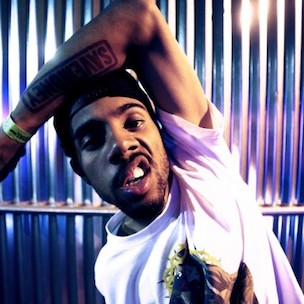 Prior to the release of his “U Mad” music video yesterday (June 9), Vic Mensa participated in a Q&A session with fans over his Tumblr page.

The Chicago native answered a wide variety of questions, however one of his most interesting answers came when a fan asked him if he has any plans to work with Beyoncé sometime in the future.

“I REALLLLY WANT TO!! she said i should do a song with her she loves this song of mine called RAGE from traffic. probably the next single,” Vic Mensa replied.

Elsewhere in the Q&A, Mensa was asked whether or not he’d ever work with A$AP Rocky or Travi$ Scott.

“shout out to A$AP Rocky he told me happy birthday i fuck with him for that lol. but i also really rock with his album and visuals pushing the boundaries and sonics of popular music,” the Roc Nation signee says.

Vic Mensa is currently gearing up for the release of his debut studio album, Traffic.