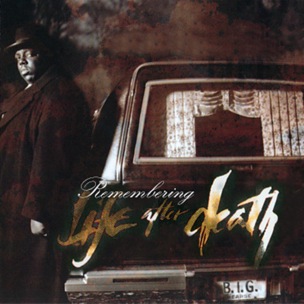 ESPN analyst Bomani Jones took some time to answer questions from fans during an episode of The Evening Jones. When asked what the most overrated Rap album is, he says that it’s an album he remembers buying the day it came out: March 25, 1997.

“I was in my work getup and I went up into Blockbuster Music so that I could go in there and I could buy this double album that had just come out and it was called Life After Death,” Jones says.

He explains that he likes the first disc of The Notorious B.I.G. album, but part two let him down, especially “Going Back to Cali,” produced by a New Yorker who worked with both Biggie and Tupac.

“Disc two, sorry, man, you asshole New Yorkers,” Jones says. “How you gonna make you a West Coast song and get Easy Mo Bee to do the beat? Huh? It’s got some cool songs on it man, but the idea that that’s better than Ready to Die or the idea that Life After Death is some kinda five-star album, that’s just ridiculous.”

Jones says that without quality production from DJ Premier, Guru wouldn’t nearly be as popular as he is.

“Guru’s not bad, but you take Guru off them Premo beats and we ain’t having no discussion about Guru, man,” he says. “There’s people who swear by Guru, dog, swear by Guru to the it, Guru one of the most underrated rappers of all time. The fact that you know Guru’s name is rating enough.”