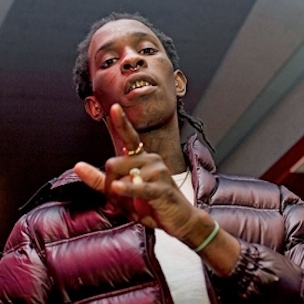 Despite responding positively to Lil Wayne’s recent diss, Young Thug appears to have changed his tune towards Weezy and Young Money.

Yesterday (April 12), Thug uploaded a video to Instagram that features various clips of him performing while a woman narrates some shots at Wayne and his imprint.

“Big killa, young nigga, young fucking money…fuck you I kill you,” she says.

After her voice fades, the words “Barter 6” appear on the screen.

“Y’all let him know I said, ‘Fuck ‘em,’” Wayne said, followed by the sound of gun shots from the DJ booth. “Stop listening to songs of niggas who pose naked on their motherfucking album covers.”

Young Thug’s Tha Carter 6 is set to be released on April 17.