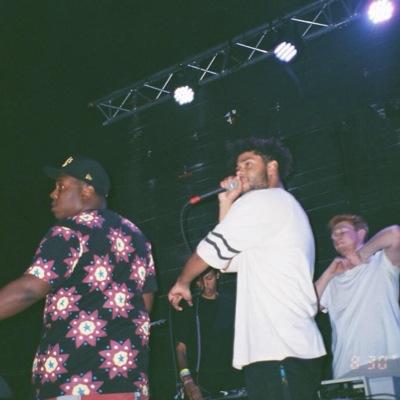 The University Of Arizona’s Africana Studies Program and JRecognize are hosting The Elements, an event celebrating Hip Hop culture that will take place tonight in Tucson, Arizona (February 28). The Elements will feature live performances, live painting, deejaying, breakdancing, along with a rap battle at the end of the night. Proceeds from will go towards Youth On Their Own, which is a non-profit organization that aids homeless teenagers in Tucson.

“I wanted everything to be local because I wanted an evening where everyone who loves Hip Hop in this community was under the same roof,” says Jocelyn Valencia, in an exclusive conversation with HipHopDX. Valencia is a student of the University Of Arizona and the creator of The Elements.

“I decided I wanted to produce a Hip Hop charity event (benefitting Youth On Their Own) that incorporated the core elements of Hip Hop through my blog JRecognize.com,” she says. “Getting here a guy named Pike reached out to me after hearing that I was interested in making an event and he opened the door into the very much thriving Hip Hop community for me down here.”

The Elements will take place tonight at 191 E. Toole Avenue (the old Skrappy’s) in Tucson, Arizona at 7pm. The event is hosted by Swindoe. Injury Reserve, Young One Era, and Combine Vibes will perform, among others. Tickets are $5.

View the flyer below: