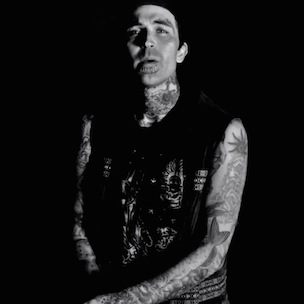 Yelawolf is slated to release his Love Story album April 21, according to hotnewhiphop.

The album is executive-produced by Eminem and features Yelawolf revealing significant aspects of his life.

“I’m telling the truth about a lot of things,” he says, according to a press release, per hotnewhiphop. “I try to be as honest as I can with everything I do.”

Yelawolf has been recording the album in Nashville the last two years.

During an interview with Sirius XM Radio last month, Yelawolf said that he’s proud of the project.

“I have a vision and I have songs that I want people to hear, in the order I want them to be heard, and with the videos I want to be shot for them,” he said at the time. “I’ll be happy when it’s on the shelf the way I see it, hear it. This is my vision. It’s important to put this album out the right way. This isn’t a mixtape.”

The lyric video for his “Whiskey In A Bottle” can be viewed on HipHopDX here.

The Love Story cover art is as follows:

UPDATE #2: The stream for Yelawolf’s Love Story is now available for stream via Spotify.