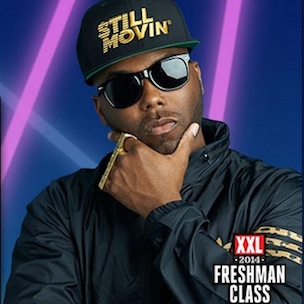 Jarren Benton: "I Consider Myself The Different Atlanta"

Atlanta’s burgeoning Hip Hop scene has been a trending topic for the last few years.

Jarren Benton believes he doesn’t “necessarily fit in that sound.”

In a new interview with XXL, the rapper spoke about not being categorized with the aforementioned artists.

“I don’t really want to be classified in the new Atlanta because the media, or whoever I guess picked out those dudes, they didn’t come out and reach out to me,” he says.  “No disrespect to them dudes. They are all doing their thing, but I feel like there’s a side of Atlanta that is not being represented. Also, all those dudes have a similar sound. I saw the documentary of the new Atlanta and all those dudes are on the same kind of wave. Maybe not Raury. I think he probably was the only dude that I saw in that documentary that was kind of different, but everybody else has a similar sound, so that’s why when they say new Atlanta I equvilate that to a sound.

Benton recently released his Slow Motion Vol. 1 EP. The project was dedicated to a friend named Slow, who passed away last year.

Benton says he aimed to lean on a handful of soulful samples for the project, but due to clearance issues he had to reconsider.

“I was going for a more soulful type of vibe with heavy samples on the album, but you know how it is with clearing these samples,” he says. “So I went back to the drawing board and said, I’m going to split it up and do two projects off of Slow Motion.”

Although Benton didn’t assign a time-frame for the project’s release, he offers a few details about it.