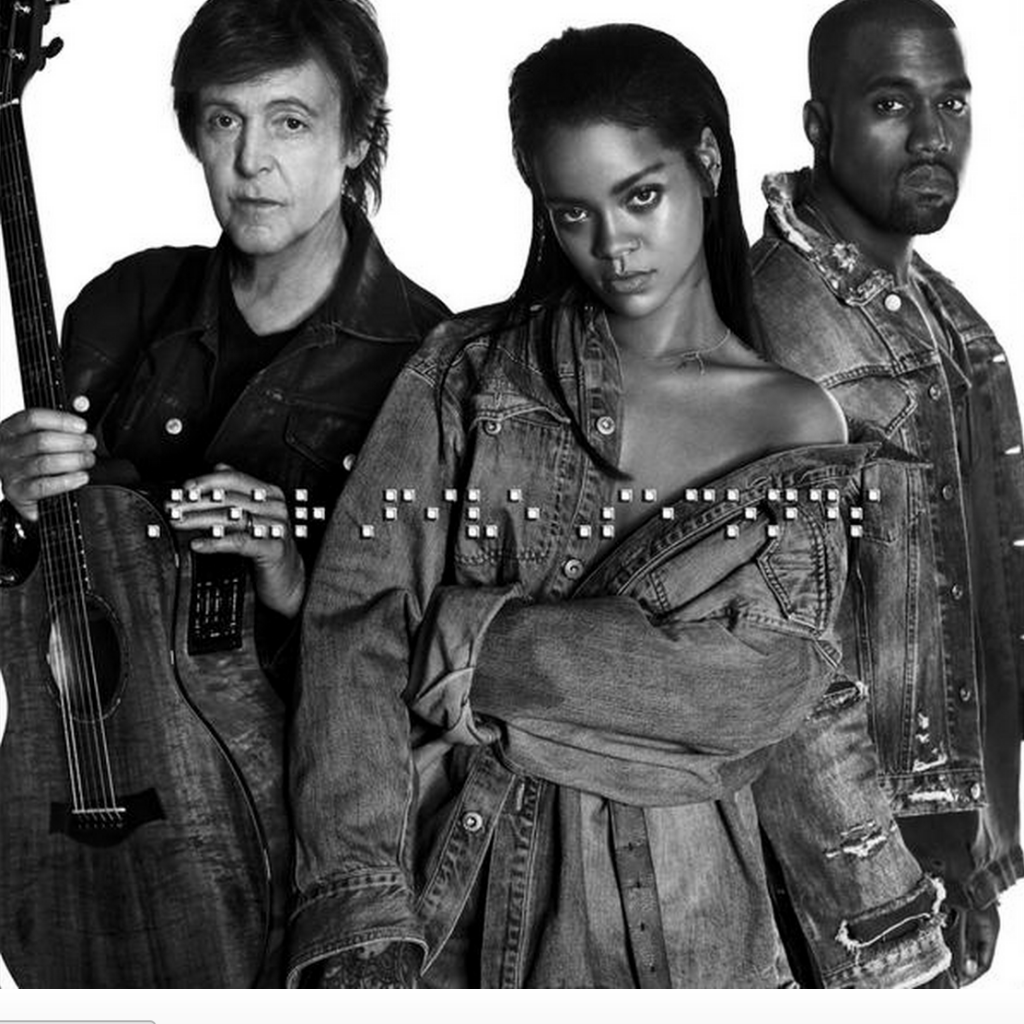 Rihanna is offering fans a “first glimpse” of her new album, R8.

Earlier this evening, the Bajan pop-star shared a black-and-white image of herself, alongside Kanye West and Paul McCartney via Twitter.

Shortly after, she tweeted a link to her website, which contained the audio to the trio’s new collaborative track, “FourFiveSeconds.”

Within the track, which is now available on iTunes, Ye’ raps “Woke up an optimist, sun was shining I’m positive, then I heard you was talkin’ trash, hold me back I’m bout to spazz.”

While McCartney strums the guitar throughout the ballad, Rihanna sings.

On the chorus, she’s assisted by Ty Dolla $ign, who harmonizes “I’m four, five seconds from wilding and we got 3 more days ’til Friday” with the Unapologetic singer.

The build-up surrounding the song began earlier this month.

After Kanye unleashed – “Only One” – his own heartfelt collaboration with Paul McCartney, Ty Dolla announced that he supplied West and McCartney with background vocals.

He also mentioned that the trio had more new music on the way.

“Me, Rihanna, ‘Ye and Paul [Mc Cartney] got a song about to drop as well,” he told Billboard at the beginning of the year. “It’s gonna drop soon. I heard they shot the video recently. I don’t know what the final title is, but I know it’s crazy so just be looking out for [it].”

“FourFiveSeconds” is available now for $1.29 via iTunes.

Check out Rihanna’s reaction to the link going live below: