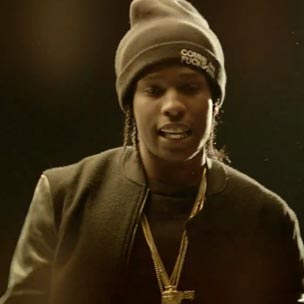 From Harlem to Hollywood.

A$AP Rocky will make his acting debut in a new film titled “Dope”, according to Page Six.

“Dope” will premier at the upcoming Sundance Film Festival in Park City, Utah.

The movie, which was written and directed by Rick Famuyiwa, is a coming of age Hip Hop-oriented tale.

Within the flick, a crew of high school seniors attempt to navigate through their tough neighborhood in Inglewood, CA, but end up getting involved with some drug dealers that change their entire outlook on life.

The comedic-drama was produced by Puff Daddy, Pharrell and Forest Whitaker.

In an interview with Hot 97 in 2013, Rocky spoke to Angie Martinez about pursuing acting.

“I’m actually prepping for bigger things right now, you know, Hollywood is calling,” he said at the time.

“Dope” will be shown at the Sundance Film Festival January 22 through February 1.

Check out the “Dope” trailer below: