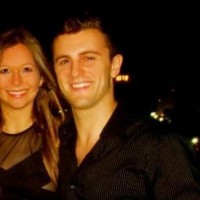 Tech N9ne has announced May 5 as the projected release date for his next studio album, Special Effects. Additionally, the rapper from Kansas City has revealed the cover art and news of an upcoming tour.

Addressing the fan expectations for his album, the Strange Records artist says, “What I can say to all my Technicians who have been patiently waiting for this, get ready for your minds to be blown. We made some dreams come true on this album.”

The tour is called Tech N9ne’s Special Effects Tour 2015. Though the full itinerary has yet to be confirmed, the tour is set to open on April 8 (after Tech finishes up some shows in New Zealand and Australia) and close June 3. Accompanying Tech will be Chris Webby, as well as labelmates Krizz Kaliko and MURS, among others.

The Special Effects album and tour come after a successful year for Tech N9ne.  In May of 2014, he released his Strangulation album, which debuted as the #1 independent, #1 rap and #5 overall album in the country.

The Special Effects tour flyer, cover art and album teaser are available below: UPDATE: The tracklist for Tech N9ne’s Special Effects album has been released and the collection is scheduled to feature Eminem on the song “Speedom (WWC2),” which also features Krizz Kaliko.

Other guests on the 24-track project include Lil Wayne, Yo Gotti and Big Scoob on “Bass Ackwards”; T.I. and Zuse on “On The Bible”; and Hopsin on “PB3.”

The Special Effects tracklist is as follows, courtesy of HotNewHipHop.

It is available below, via Spotify.