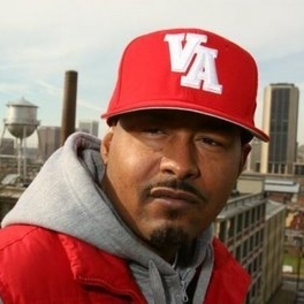 After another year of touring the world with DJ Jazzy Jeff, Virginia legend Skillz returned with his annual retrospect in his latest Rap Up.

This year’s iteration includes references to Suge Knight being shot and OutKast’s extended reunion tour early in the song, which appears as an album-only track on Skillz and Bink’s new Made In Virginia album.

“I was in the club when the fools shot Suge / I ain’t noticed, I was hitting my ‘Nae Nae’ like ‘What!'” Skillz raps, “Chloe and French? Okay / And OutKast came back but somebody forgot to tell Dre.”

Making light of Rick Ross’ weight-loss and a quickly-infamous elevator ride holding Jay Z and Solange in the same string, Skillz starts with a reference to 50 Cent and Floyd Mayweather’s on-and-off beef.

“50 and Floyd, yeah they had issues,” he raps, “Kim and Kanye finally made it official / Breezy went to jail even though I thought that he wouldn’t / Ross loss weight but Lil Terio couldn’t / Jay and Beyonce leaving the club / Then Solange in the elevator swinging for blood / Kickin’ Jay with the quickness / I’m just sipping tea watching like, ‘Hmm, this is none of my business.'”

Late in the more than five-minute long song, Skillz also alludes to a recent rift between Drake and Diddy over a Boi-1da and Noah “40” Shebib they both recevied.

“Drake made a couple hits and got a couple from Diddy / And ‘ratchet’s’ on the rise, man, that’s for certain / Miley out here Twerkin’ / Baby and Wayne ain’t workin’.”

Listen to the full song below: