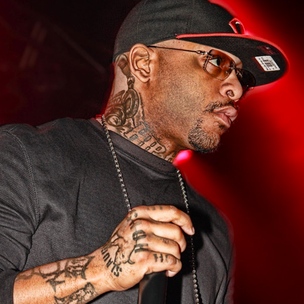 Reacting to a series of choice lines on J. Cole’s recent song “Fire Squad” in which he names Eminem alongside Justin Timberlake and Macklemore in the context of cultural appropriation, Royce Da 5’9 told VladTV that he didn’t necessarily consider the reference a diss.

On the song, Cole raps, “History repeats itself and that’s just how it goes / Same way that these rappers always bite each other’s flows/ Same thing that my nigga Elvis did with rock ‘n’ roll / Justin Timberlake, Eminem and then Macklemore.”

“I don’t really have a take,” Royce said when asked. “It got blown out of proportion before I could hear the record. You know what I mean? The fire-fuelers got a hold of it before I could actually hear it. So by the time I heard it, I actually read the line and Tweeted about it before I even heard the song. It sounded to me like an observation, an observation of an artist being vocal with something he’s observing. He may not have used the best words. One could say, ‘Why would you throw Em in a certain category?’ One could even say, ‘Yo, why would you put Em in the same category as Iggy?’ You know? Who knows what somebody’s gonna get offended by? Us as artists, sometimes we take that risk because what we wanna say we feel is so real. Or we feel like it’s something we wanna get off of our chest. Or it’s something maybe we wanna express. Sometimes you may do that at the risk of somebody getting offended, not to say Marshall was offended by anything J. Cole said. I haven’t spoke to Marshall about the song at all.  If there was to be some offense taken, I could see why. Did I listen to it and get offended by it? No. Also, did I feel like he was trying to diss my guy? Absolutely not. If there was some offense taken or if there’s anything that leaves any kind of question or doubt as to what whether he meant something by it, then maybe an apology may be in order. But that’s not for me to decide.”

“Somebody that’s Cole’s age, from what I understand, just looking at the whole history of J. Cole, he’s always seemed to put Em on a pedestal,” he added. “So the one time where he did a little bit of a generalization, it got taken like that. I just think he needs to be careful with that. The last time that they seen each other I was there. I see the respect, I feel the respect. I feel that the respect was genuine. When you respect somebody like that, you gotta be careful.”