Lil B Delivers Speech At Massachusetts Institute Of Technology

Lil B has been known to preach to a wide audience whether it be through music or literally during a speaking event.

Recently flexing his public speaking muscles once again, this time at the Massachusetts Institute of Technology, The Berkeley, California native strutted out some of his wisdom that he often relays in his music.

“I’m very happy that I can come here and tell you I’m someone that has not been driven by the profit,” Lil B said possibly in reference to never signing a major deal and his infamous social media following. “You can succeed with the people.”

The Pack rapper also fielded questions from audience members including one who asked about Lil B’s long-stayed beef with NBA player Kevin Durant.

“If Kevin Durant came to D.C., would I lift the curse?” He said when asked about Durant. “Well, does Boston love D.C.? OK, so I didn’t just say something stupid. Everybody was looking at me like—I was thinking I said something wrong! But no, if he came to D.C…I would…uhhh…you know, me and Kevin—me and Kevin got a game to play. Once Kevin is off his injury from the Based God’s curse. I pray for the Thunder team, I pray for them.”

Back in 2012, Lil B spoke to students at Harvard University. He’s also spoken near his hometown at University of California Riverside to a packed house. The name of his speech was “Thank You Based God.”

View the full transcript of Lil B’s speech over at the FADER and see pictures taken at the event below: 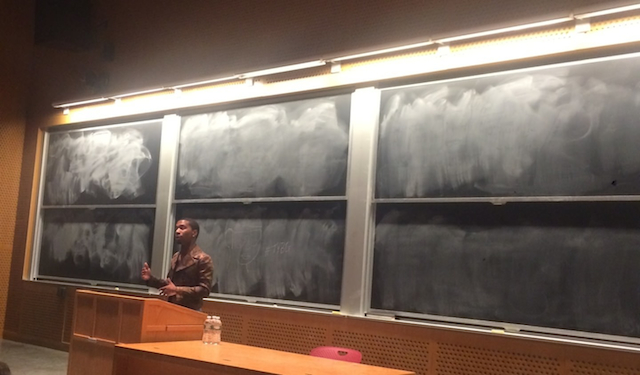 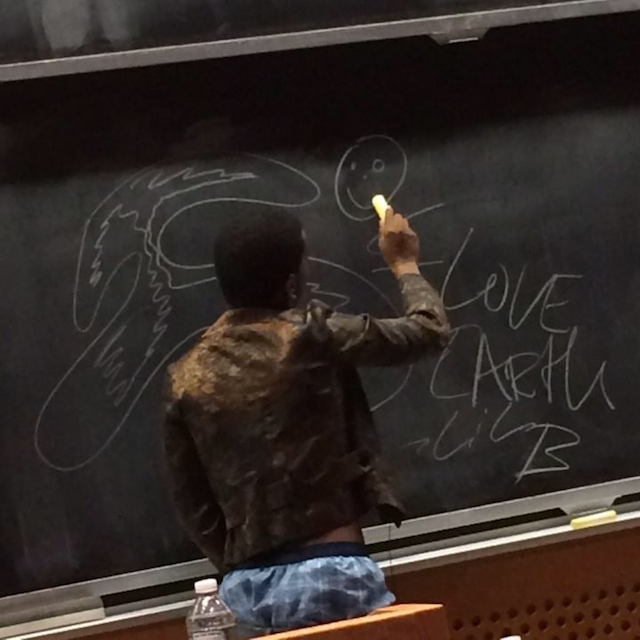