While “having a deeply reflective Saturday” over the weekend, actress Jada Pinkett Smith took time to address the death of her friend Tupac Shakur and others who have lost their lives to acts of violence, in a post added to her Facebook page.

In her open letter, Smith described her past losses as “unnatural” and “strange.” She also expressed her gratefulness at not becoming “a statistic.”

In addition to her open letter, the actress also posted a picture of herself, Tupac, and several other friends. 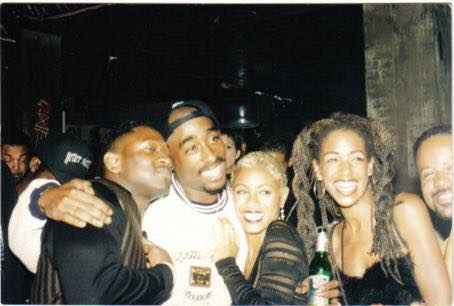 “In this picture I’m flanked by two extremely close friends of mine…Tupac and Maxine. They both died tragically not too far apart from one another. I flipped through more pictures of my youth only to come across at least 6 other friends who had been taken from this world…violently. I can’t even count acquaintances. There was a time all that loss felt like the norm; today it felt unnatural, strange, downright wrong. Half of my life was surviving a war zone…genocide. I’m grateful for what I have survived. GratefuI that I can spend an evening with Fallon playing a pie in the face game. Grateful I didn’t become a statistic like I often thought I would. Grateful that my own children don’t have to confront the loss and violence in their neighborhood in the way their parents had to. But, I also feel helpless, a bit depressed that there are so many of us who still do. And it feels like it’s only gotten and getting worse.”

Although there have been rumors of a romantic relationship between Smith and Shakur, she has previously stated that the two were solely friends.

Tupac passed away on September 13, 1996, days after he was shot multiple times in Las Vegas, Nevada.

RELATED: Will And Jada Try To Stop The Violence