Bun B To Host Pimp C Tribute Concert At A3C

Mass Appeal is set to present a tribute to Texas rapper Chad “Pimp C” Butler at a concert October 11, 2014 as part of the tenth-annual A3C Festival, according to a press release. The tribute is scheduled to be hosted by fellow UGK member Bun B.

The tribute show is slated be followed by an interactive panel highlighting Pimp C’s impact on modern music and American culture.

The tribute is also scheduled to be precursor a to the release of new Pimp C material via Mass Appeal Records. The posthumous project will be Pimp C’s final album, featuring new material from UGK and production from Juicy J. There is no set release date as of yet.

In August 2013, Juicy J announced on Twitter that he would be producing Pimp C’s last album.

Three 6 Mafia‘s Juicy J and UGK’s Pimp C have collaborated on several tracks, including “Sippin’ On Some Syrup,” “Like A Pimp,” and “International Player’s Anthem Remix,” also including, ATLien duo OutKast. 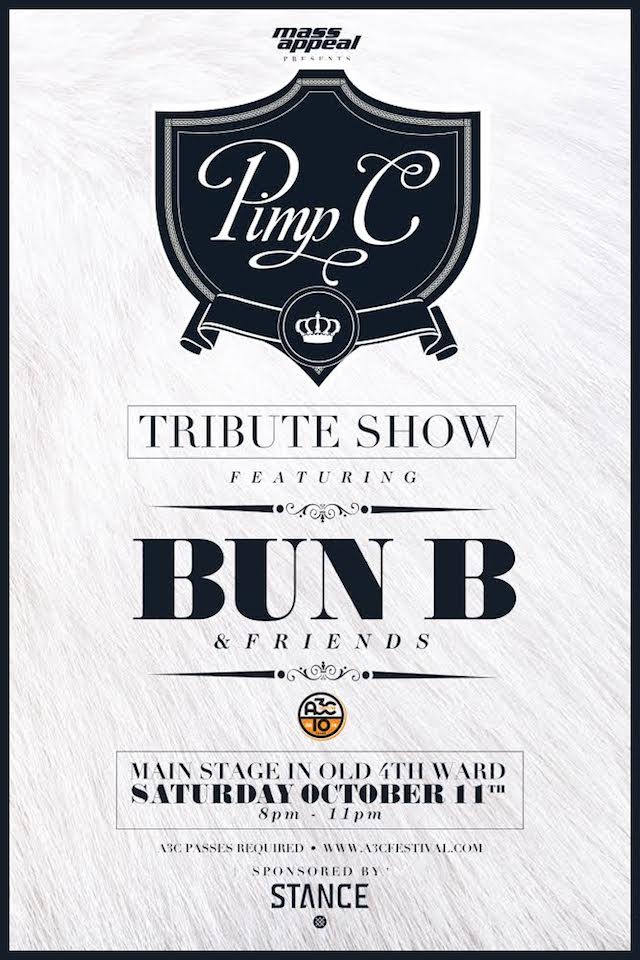