Producer DJ Mustard has announced that he is releasing his debut album 10 Summers August 12 exclusively through Google Play’s streaming service All Access. The album will be free on Google Play for the first two weeks of its release.

“Last night I was thinking in the studio like ‘Man, I’ve been prolonging this album and this album was for the summer, and I called some of my people at Roc Nation and I’m like ‘Yo, why don’t we get with Google Play and for the first two weeks we give it to the fans for free?'” DJ Mustard says in a video on his YouTube page. “Because I feel like if it wasnt for the streets I probably wouldn’t be in the position I’m in today.”

DJ Mustard has produced a slew of tracks for several artists, including hits like Tyga’s “Rack City, 2 Chainz’s “I’m Different” and YG’s “My Nigga.”

YG recently criticized the producers of Iggy Azalea’s “Fancy” for “jocking” DJ Mustard’s sound: “And DJ Mustard, that nigga producers is they jocking/ ‘Fancy,’ don’t it sound like he produced that shit?”

The 10 Summers tracklist is as follows:

UPDATE: DJ Mustard’s 10 Summers is now available for free via Google Play. It can be downloaded for free here.

The album’s cover art is as follows: 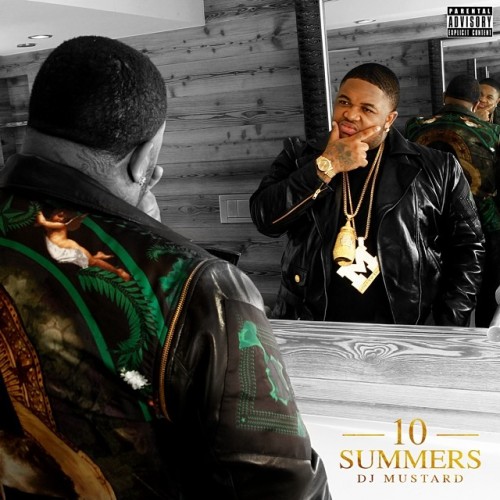 RELATED: DJ Mustard Says YG’s “My Krazy Life” Is This Generation’s “The Chronic”