The project, which will include the songs “Bigger Than Me” and “Or Nah,” is set to be the Compton, California rapper’s first project with Entertainment One Music after releasing his first five studio albums through various Universal Music Group imprints.

“Blood Money La Familia,” Game says in a press release, “will be another #1 album.”

Game is executive-producing the album with Cash “Wack” Jones and Stat Quo.

Alan Grunblatt, President of eOne Music, says that Game is a marquee act.

“Game makes music people care about,” Grunblatt says. “I’m looking forward to a long and fruitful relationship between him, Cash Jones and eOne.”

UPDATE: As HipHopDX reported earlier today (July 15), Game said during an interview with Los Angeles radio station Power 106 that he is changing the title of his forthcoming album to Year Of The Wolf. The Compton, California rapper said last month that the album’s title would be Blood Money La Familia.

“It’s called Year Of The Wolf…People [are] pretty much terrified of wolves,” Game said during the Power 106 interview. “Wolves howl. They scream and do all of that. And I just feel like this year I got a lot to get off my chest. And with this album, man, I’m going in on a lot of people. A lot of issues. A lot of stuff. I got very angry artists that I’m signing…It’s a whole angry movement…This is Los Angeles, ladies and gentlemen. And it’s a lot of fuckery going on out here. And I’m tired of people walking around. Hitting the red carpets and feeling like, you know, feeling like they Madonna when you Ma-thot-a. Basically, what I’mma do is I’m exposing everything. Everything, everybody [can] get it. It’s like one of them tell-all books, but in music form.”

UPDATE #2: Game has announced an October 14 release date for his Year Of The Wolf project with the following post on Instagram.

“Hood morning (no typo): Spent the last 48 hours in the studio putting the final touches on #YearOfTheWolf & even though the date is pushed until Oct 14th I can promise my fans this #BloodMoney album will be better than anything else dropping this year ! Thanks for everyone who was apart of it & shout to my hittas @OfficialYonni & @MoussaGArt for grinding with to make the last minute changes to put this album in the can….. #YearOfTheWolf is finally done !!!!!”

UPDATE #3: Game has revealed the tracklist for his upcoming Year Of The Wolf album, according to HNHH.

UPDATE #4: Game has revealed the cover art for this effort. 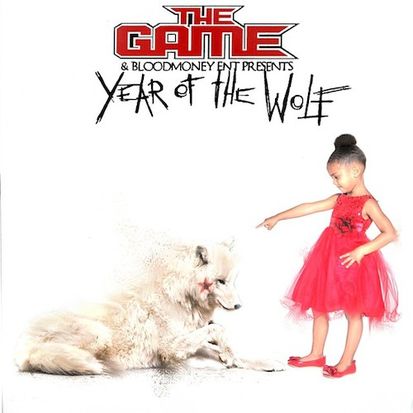 UPDATE #5: Game has released the stream for Blood Moon: Year Of The Wolf. It’s available below via Spotify.