Lecrae said via Twitter today (June 3) that his new album is slated to drop in August and that it will be titled Anomaly.

The rapper posted a picture with a piece of notebook paper that said,oeMy name is Lecrae and my new album Anomaly drops August 2014.

A few hours earlier, Lecrae tweeted a piece of notebook paper with the message oeMy name is Lecrae and I don(TM)t fit in #anomaly.

A series of athletes and rappers followed with their own message and the hashtag.

This will be Lecrae(TM)s seventh studio album. He also has two mixtapes, Church Clothes and its sequel.

UPDATE:Lecrae’s Anomaly album is now slated for a September 9 release date, according to a tweet the rapper sent today (July 7).

His album cover has also been released via Instagram.

The system didn’t plan for this. #ANOMALY pic.twitter.com/CFPwoYvhdU 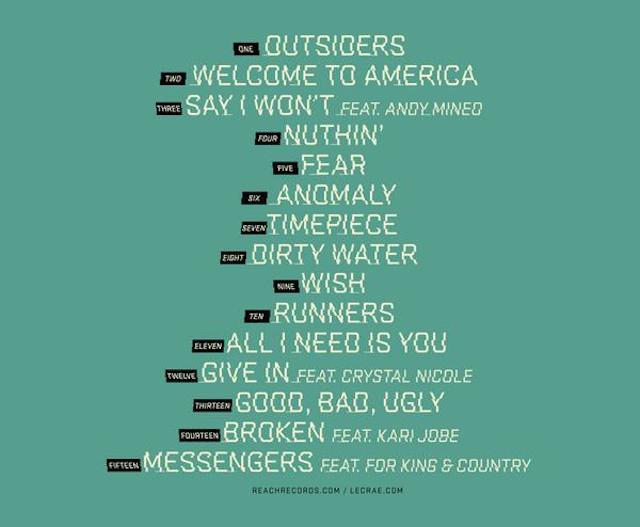 UPDATE #3:People who pre-order Lecrae’s Anomalythrough iTunes and Merchlinewill receive two new songs from the album as a free MP3 download,according to a press release. The songs are”Fear” and the single “Nuthin.”

UPDATE #4: Listen to Lecrae’s Anomaly below.