Slaine "The King Of Everything Else" Release Date, Cover Art & Tracklist

Slaine’s The King Of Everything Else album is slated for an August 19 release via Suburban Noize.

Skam2, who has worked with Eminem and A Tribe Called Quest, among others, designed the cover for The King Of Everything Else.

“The songs on this new album are extremely visual and I felt like the album cover needed to be an accompanying piece,” Slaine says in an exclusive statement to HipHopDX. “I met Skam2 through ILL BILL a while back and had always dug his work. I had an idea of what I wanted to do with the cover conceptually and thought he would be the perfect artist to execute it. He took the idea and ran with it. I love the results.”

The King Of Everything Else cover art and tracklisting, as well as Slaine tour dates, are as follows: 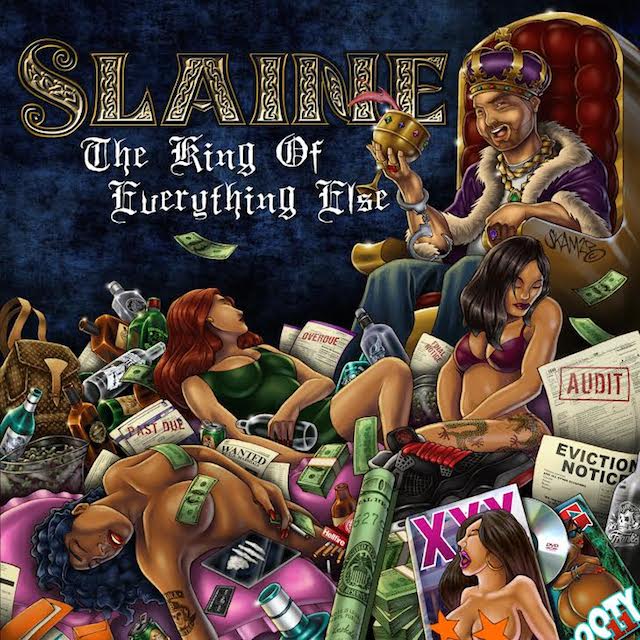 5. Back Against the Wall (Featuring Moroney & Rite Hook)

7. Pissed it all Away

11. The Most Dangerous Drug in the World

12. Come Back Down (Featuring Checkmark, Vinnie Paz and Regan Hartley)