Coalmine Records is celebrating its 10-year anniversary with its Unearthed compilation, which was released today (May 13) and features material from Pharoahe Monch, Skillz, Rah Digga and Guilty Simpson and Royce da 5’9”, among others.

Launching the imprint around the time of the explosion of digital music put the company in a distinctive position of not having to adapt to the shift in consumers’ purchasing habits.

“For us, it’s been more about learning the game from the ground-up, more so than adaptation,” the label’s founder, Matt Diamond, says during an exclusive interview with HipHopDX. “Even though we’ve been releasing records for a decade, it’s only been the last couple of years that I feel that we’ve created a formula that’s defined who we are, that will pave the blueprint for years to come. I think a lot of other labels are making the mistake of focusing too much on digital-only content, without putting an emphasis on CDs and vinyl. Our niche is very much comprised of collectors, heads that fiend for liner notes. They demand something to sink their teeth into, and if you ignore that market, your lifespan’s going to be cut short. Learning to be successful and innovative on both sides of the retail spectrum is what’s required for an indie Hip Hop label to survive in 2014.”

With that in mind, Coalmine also initially focused on singles, a strategy inspired by Diamond’s work as a deejay.

“Since so much of our catalog consists of singles from various artists, I always thought the best way to create album-worthy releases would be to reintroduce these singles as ‘mixtape albums’ as opposed to just a generic track-by-track compilation,” he says. “My fascination with Hip Hop was always more so through mixtapes than albums, from Clue Tapes, Stretch & Bobbito, the volumes of Beat Junkies mixes, and of course the Soundbombing series, so it makes sense. For our first mixtape/album, The Foundation, released in ’09, which was based off a bunch of singles and album tracks produced by Shuko, I handled the mix under my DJ moniker, Dutchmaster. On Phazed Out, which was a remix album produced by M-Phazes that dropped in 2012, DJ Rhettmatic handled the mix, and now for Unearthed, which consists of our catalog of singles over the past year and change, DJ Revolution is on the 1200s.”

Now, with a decade under its belt, Diamond says his company has been able to create a distinct identity.

“I think that over the years, Coalmine’s been able to maintain a level of distinction by satisfying a niche market in creative ways, whether it be pairing upcoming emcees and rap legends on the same track, as we’ve done on tracks like ‘Perfect Timing,’ which features Skyzoo and CL Smooth, or our inaugural release The Raw, which paired a burgeoning Saigion and Bekay with Wu-Tang’s Inspectah Deck,” Diamond says. “I’d also like to think that we’ve been helpful for the careers of budding producers, with compilation style albums from M-Phazes whose gone on to achieve great things, as well as interesting producer/artist combos such as Small Professor and Guilty Simpson on Highway Robbery. I think by releasing projects that have sense of purpose and chemistry have been the driving force behind Coalmine.”

The Coalmine Records Presents: Unearthed compilation cover art, tracklist and stream are as follows, as is a promo trailer for the project: 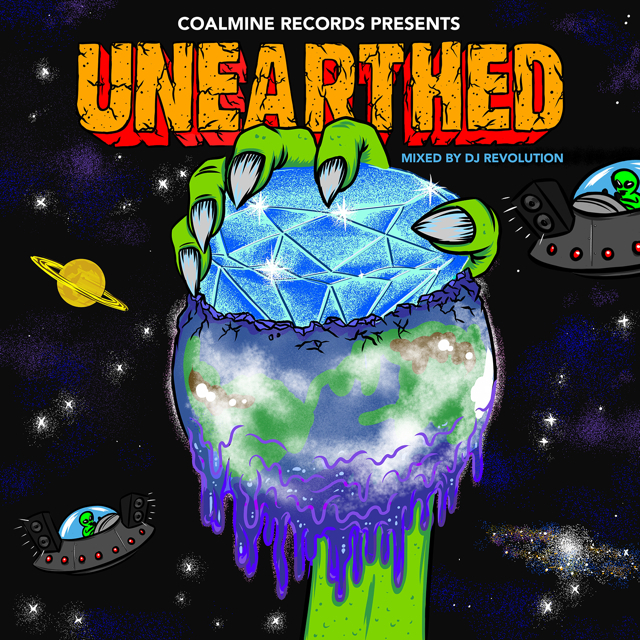 18: Land of the Crooks (Interlude)