Kobe Bryant revealed what some have speculated could be Lil Wayne’s Tha Carter V cover art via social media yesterday (April 28). The NBA star, who has been the subject of a Lil Wayne song, also posted the following caption:

The cover art has not been confirmed by the label. The artwork, which features Young Money and Cash Money Records logos, could also be a promotional poster for the release.

Kobe Bryant’s promotional push for Lil Wayne may be due to their longstanding friendship. In 2009, Lil Wayne released “Kobe Bryant,” a song about the Los Angeles Lakers guard.

“I personally plan on this being my final solo album, yes, and it’s definitely the final Carter album,” Lil Wayne said in March. “It’s the final Carter album. It’s stopping at five. I didn’t smile when I said it…I plan on it being my final solo album. Whenever I have to pitch in for a Young Money album, a Like Father, Like Son album and something like that and maybe something out the blue, but the way I’m working on this album, it’s to me, the way it seems like now,it seems like  it’ll be impossible for me to work this hard again for anything else.” 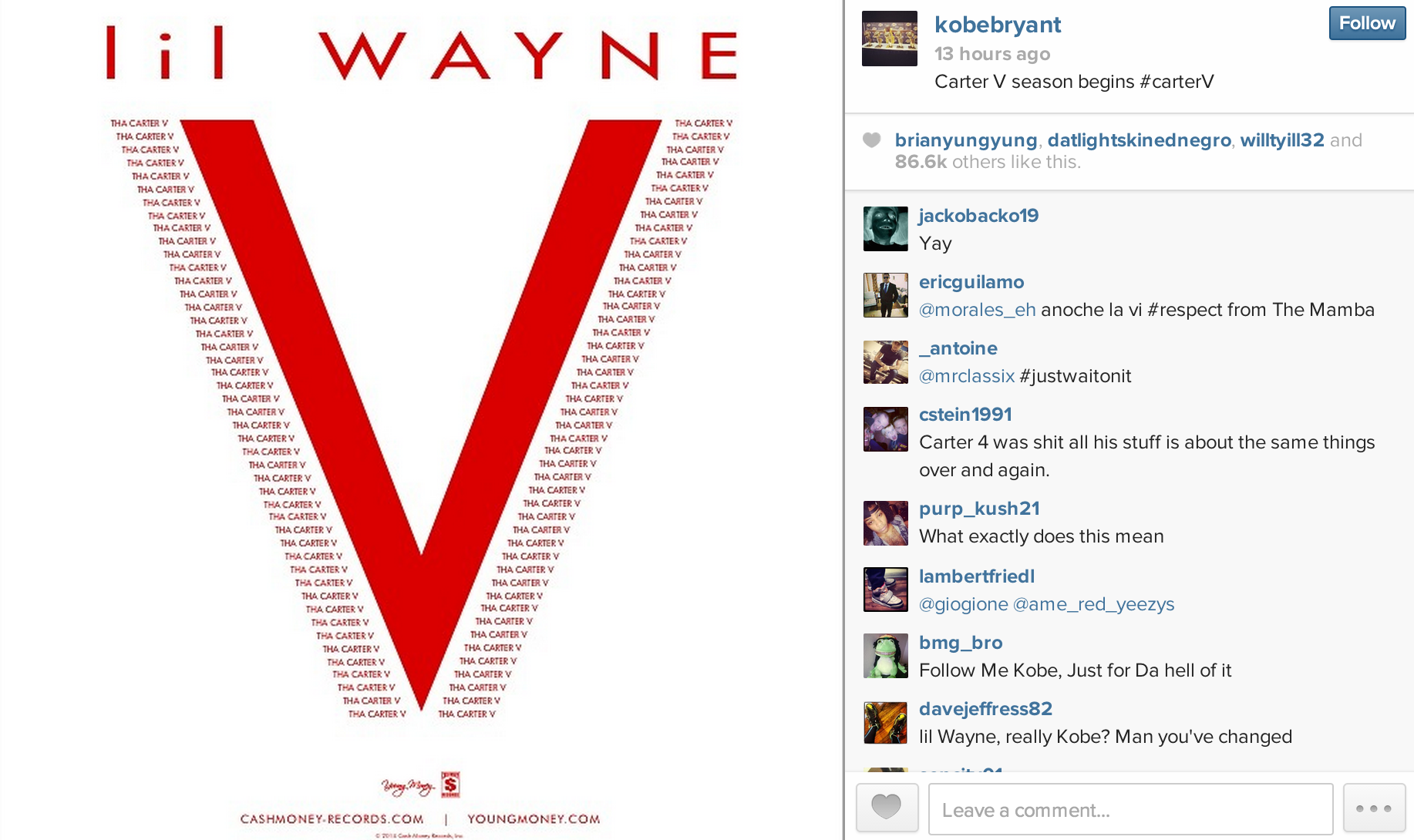 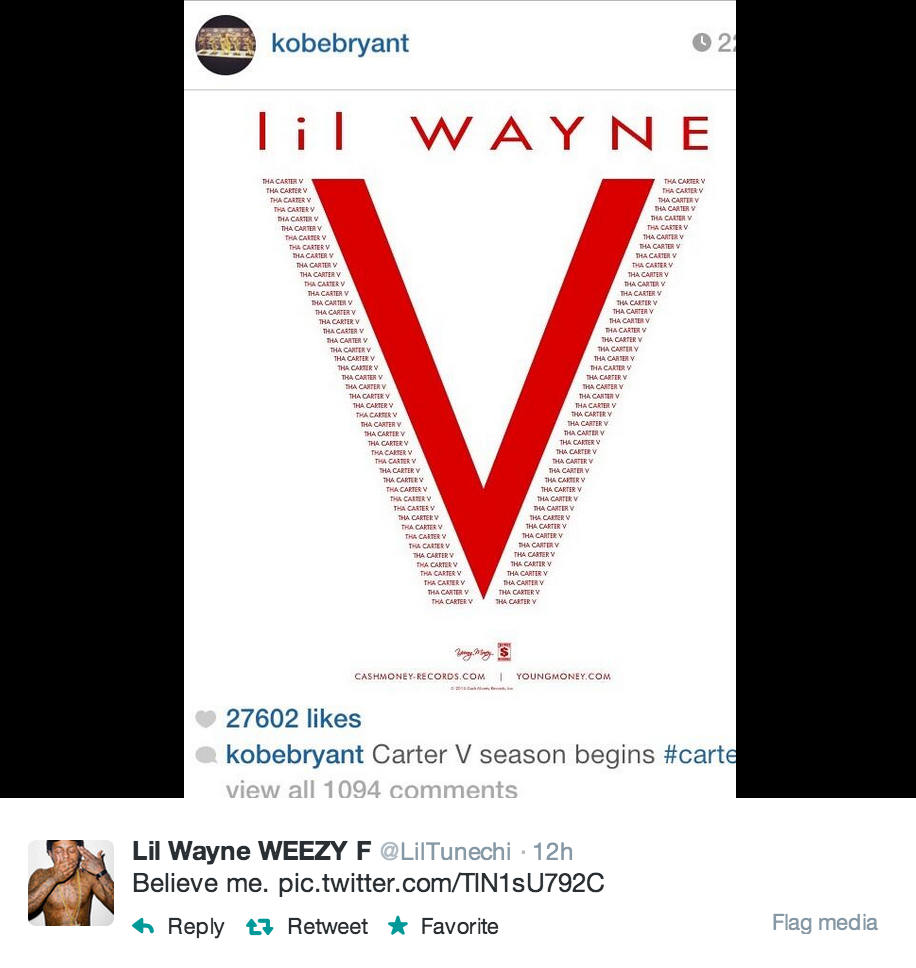