Jay Z and Beyonce have announced their upcoming On The Run tour.

Their 16-date joint stadium tour, which is sponsored by Chase, according to Billboard, is scheduled to kick off June 25 in Miami, Florida and it is set to close its curtains August 5 in San Francisco, California.

Chase members and Beyonce Fan Club members are slated to have the first chance to obtain pre-sale tickets tomorrow (April 29). General pre-sale is set to begin May 1.

Rumors of the tour have been ongoing. Some speculated the joint tour might be called “The Mr. And Mrs. Carter Tour.” Jay Z’s most recent tour was the Magna Carter World Tour, which stretched from 2013 into 2014. Beyonce’s last run was The Mrs. Carter Show, which wrapped in March 2014. Jay Z and Beyonce have worked and performed together many times throughout their careers. In January, the duo performed their Beyonce single  “Drunk In Love” together at the Grammys.

A promotional image is below, followed by the tour dates. 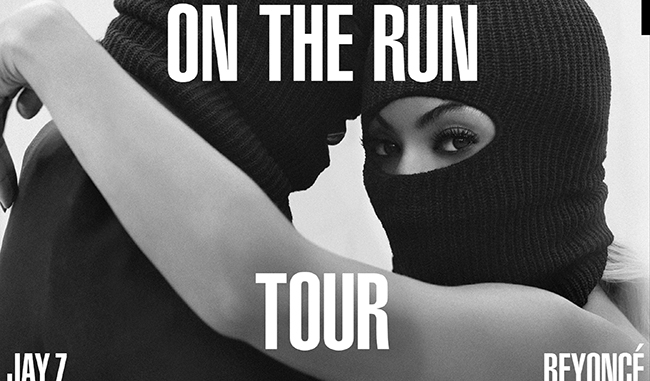