Biz Markie has been tapped as a spokesman for Zevia, a natural soda brand, according to Fast Company. Zevia has also announced a limited edition cherry soda can that is set to feature the rapper’s face. Zevia CEO Paddy Spence says this partnership made sense.

“We’re all about authentic stories,” Spence says. “We’re not paying someone seven figures to say they like the product. We’re finding people who love the product and have a connection with it.” According to Spence, Biz Markie enjoys the zero calorie natural soda brand because he has issues with diabetes.

Artist Shepard Fairey, who also struggles with diabetes according to Spence, was tapped for his Studio Number One to design the soda can with Biz Markie’s face on it.

“Studio Number One are relentless innovators so we really trusted them on this,” Spence says. “We said, we want to do a can with Biz, make it look cool. What they sought out to evoke was the nostalgia of soda. It’s a really playful ’70s look. It really speaks to the connection emotionally that many of us have to soda, and when you’re David fighting Goliath, that’s the kind of thing you need.” 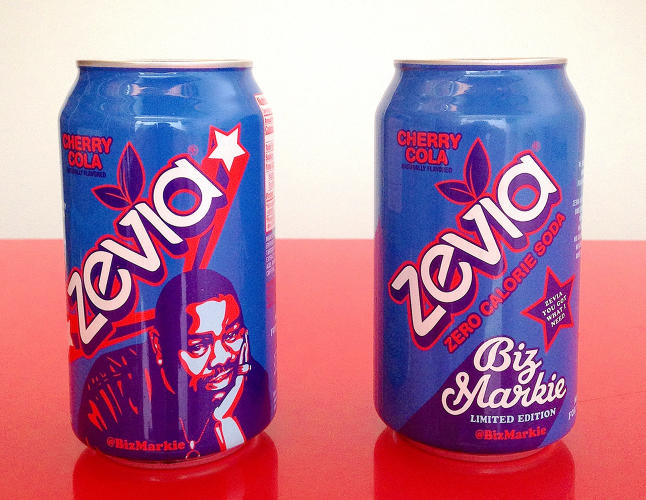