Young Money is readying Young Money: Rise of An Empire, a project set to be released March 11 through Young Money/Cash Money Records.

The project, which is slated to feature Lil Wayne, Drake, Nicki Minaj and Tyga, among others, follows 2009’s We Are Young Money album, which also features the collective.

“We Alright” is the first single off the project, a track that features Lil Wayne, Birdman and Euro. The track is set to hit radio stations January 28.

Drake’s “Trophies” is also slated to be released on Young Money: Rise Of An Empire.

“There’s nothing like it when the whole family gets together in the studio,” Young Money Entertainment CEO Lil Wayne says. “YMCMB is stronger than ever, and everybody was truly on fire. We’re all blessed to be a part of this incredible Empire as it continues to thrive. I can’t wait for what’s next. Keep watching.”

“This compilation is a very special release for the label,” Young Money Entertainment Chief Operating Officer [COO] Cortez Bryant says of the project. “We Are Young Money helped launch the careers of our first generation of acts with Drake, Nicki Minaj, and Tyga. Even though we’ve been honored with accolades as a company, our hunger hasn’t diminished or dwindled. We’re hungrier than ever, and we’re still building. That goes hand-in-hand with the title Young Money: Rise Of An Empire. We’re not going anywhere. We don’t plan on stopping—ever. Our goal is the expansion of this Empire with the next generation of kings and queens ruling.”

“This release will showcase the Platinum-selling artists you know and love, such as Lil Wayne, Nicki Minaj, Drake and Tyga, as well as celebrate our up and coming artists who will surely become your new favorites,” Cash Money Records Co-CEO and Co-Founder Birdman says. “This album is an excellent family effort and will be alighting radio airwaves across the globe.”

HipHopDX gave We Are Young Money a 2.5 out of 5 X rating when it was released. The review can be read by clicking the link below.

UPDATE: Young Money has released the cover art for its Rise Of An Empire album, which can be found below. 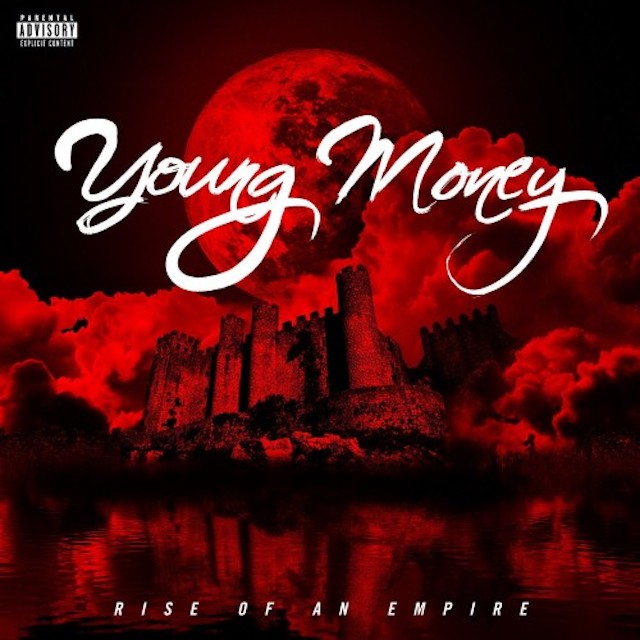 UPDATE #2: Young Money has unveiled the tracklisting for its Rise of an Empire compilation album. The project is set to feature YMCMB stars Drake, Lil Wayne and Nicki Minaj, among others.