Jeezy has been arrested in Atlanta for battery, false imprisonment and making terroristic threats against his son, according to TMZ, for an incident that occurred September 2012.

Jeezy was involved in a fight with his son, according to documents found by the publication. During the fight, Jeezy reportedly threw his son into a glass shower door, causing harm to his son’s head. Jeezy also allegedly punched his son in the face and dragged him into a bedroom where they reportedly continued their fight. Jeezy also reportedly choked his son and said, “I will kill you.” TMZ’s report also notes that court documents claim Jeezy said, “I will put a bullet in your head right now,” and, “If I could get away with it, I would kill you.”

The report also indicates that Jeezy’s bodyguard did not allow his son to escape.

Jeezy turned himself in to law enforcement authorities Friday after a warrant was issued for each charge. He posted a bond of $45,000 shortly after turning himself in.

Jeezy’s lawyers have provided the following statement to TMZ.

“We have no doubt this matter will resolve itself appropriately,” the statement says. “At this moment, Mr. Jenkins is thankful for the support of his fans and the respect for his family’s privacy.”

Jeezy was arrested in 2008 on driving-related charges. Jeezy was also arrested and released before a Bahamas concert in 2010.

TMZ’s mugshot of Jeezy can be found below. 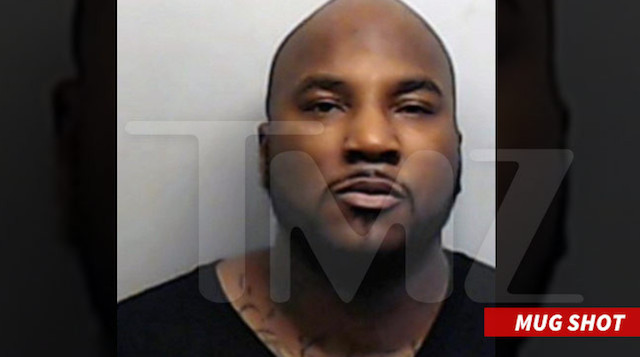