This week, Hip Hop lamented the death of The Fast and the Furious actor Paul Walker, while Jay Z gave his opinion as to which albums of his were classic, and which weren’t. Finally, Rolling Stone released its list of top 50 albums of the year, with several Hip Hop albums mentioned.

Tragedy struck on Saturday (November 30), as it was announced that The Fast and the Furious actor Paul Walker died in a fatal car accident in Santa Clarita, California.

The news of Walker’s passing was immediately met with a wave of responses, including many from rappers.

Ludacris, who co-starred with walker in several Fast and the Furious films, responded via instagram, writing, “Your humble spirit was felt from the start, wherever you blessed your presence you always left a mark, we were like brothers & our birthdays are only 1 day apart, now You will forever hold a place in all of our hearts @paulwalker legacy will live on forever. R.I.P.”

Other emcees to respond included Xzibit and Game. Tyrese, who also starred in the Fast and the Furious franchise with Walker, visited the crash site where Walker died:

Walker was 40, and is survived by a 15-year-old daughter.

The question of which album from Jay Z’s extensive catalogue is best (and worst) has been answered by Hov himself.

On Wednesday (December 4), the day of his 44th birthday, Jay released an image revealing how he would rank his albums from top to bottom: 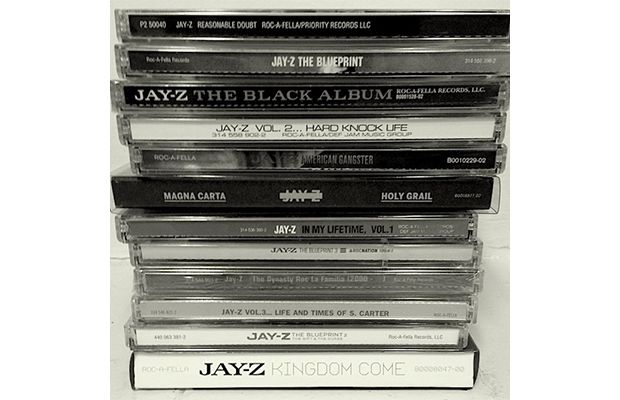 Jay also wrote a brief take on each project:

Rolling Stone has announced its top 50 albums of 2013, with Kanye West’s Yeezus listed as #2 on the list.

“Kanye’s electro masterpiece is his most extreme album ever, which is saying something,” wrote Rolling Stone. “No wonder the late, great Lou Reed embraced Yeezus, since it’s basically the Metal Machine Music concept translated into futuristic Hip Hop, all industrial overload and hyper-tense egomania and hostile vibes.”