YMCMB's Mack Maine Charged With Sexual Battery, Turns Himself In

YMCMB’s Mack Maine will be charged with sexual battery and assault, according to TMZ.com.

The YMCMB President allegedly groped a female fan while on Lil Wayne’s tour bus last week before punching her friend, the site says it has been told.

Maine will be accused of inviting the alleged victims onto Lil Wayne’s tour bus after the August 21 stop of his “America’s Most Wanted” tour at the Chesapeake Energy Center in Oklahoma City, Oklahoma.

While Maine was on Lil Wayne’s tour bus with the female fans, Maine allegedly put one of his hands down the shirt of one of the girls and then squeezed her breast without her permission, TMZ’s article says. The woman says she slapped Maine and attempted to get off of the bus with her friend, according to TMZ.  But, the woman says that Maine blocked the exit door and then punched her friend in the face, the site says. Maine’s punch broke her friend’s jaw, TMZ.com says.

Maine has yet to comment publicly on the incident.

Last week, reports surfaced of an alleged assault on a female fan on the Oklahoma City stop of the tour headlined by rappers Lil Wayne, 2 Chainz and T.I. The news came just days after the confirmed arrest of 2 Chainz for illegal drugs found on his tour bus.

According to TMZ’s report last week, the fan “showed up with her girlfriend” and the entourage member “stuck his hand down her shirt and grabbed her breast.” After rejecting the physical advance, the man apparently “turned around and punched her in the jaw, sending her flying out of the bus.” The victim claims that the blow resulted with a broken jaw that has required surgery and “her back on the pavement [and] blood pouring out of her mouth.”

According to TMZ’s reporting of the police report, the man responsible for the attack “ran off” while the injured woman “was taken to the hospital.”

UPDATE: Mack Maine has been charged with sexual battery, according to TMZ.com. The YMCMB President is facing two criminal charges after he allegedly groped a female fan while on Lil Wayne’s tour bus last month before punching her friend, the site says.

According to court documents, officials say Mack Maine invited Rachel Reed and Cailey Maddox onto a tour bus on August 22, 2013 and, while on the vehicle, “put his hand down Rachel’s dress and grabbed her right breast” without her consent, as per TMZ.com.

“Rachel got upset and when she and Cailey tried to leave the bus, [Mack Maine] held the door shut,” TMZ says the court documents it obtained said. “Once the door was opened, Cailey was walking down the steps but turned and looked back to call for Rachel and [Mack] punched her in the face, breaking her jaw and knocking her down.”

UPDATE #2: Mack Maine turned himself in to the Oklahoma County Sheriff’s Office today (September 20), according to TMZ. He reportedly faces felony charges for allegedly assaulting two women on a tour bus.

Mack is currently being held behind bars and his bond is reportedly set for $9,000.

Below is a copy of the mugshot, via TMZ. 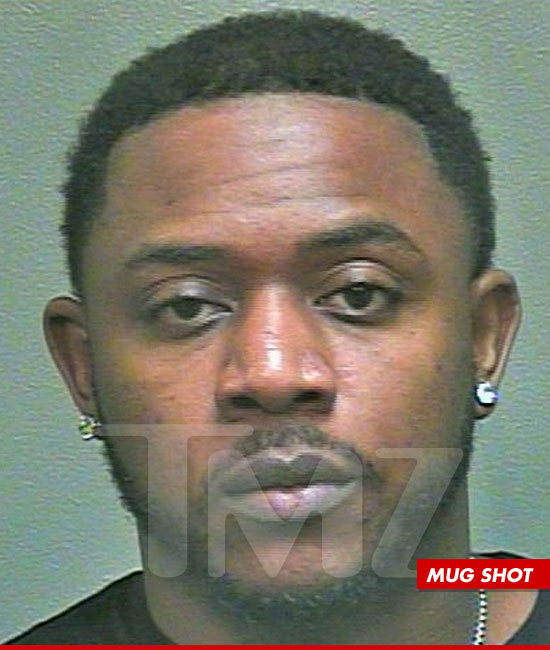