Jay Z and Damon “Dame” Dash made a fortune together in the 1990s and early 2000s. The Brooklyn-meets-Harlem, New York business partnership made Roc-A-Fella Records and Roc-A-Wear clothing household names (with third partner Kareem “Biggs” Burke). The pair was responsible for movies, international touring, liquor, as well as establishing the musical careers of Kanye West, Beanie Sigel and Juelz Santana.

While Roc-A-Fella remained in tact, Jay Z departed following 2003’s The Black Album to become president of Def Jam Records during a recording hiatus. In the close to a decade since, the two have not appeared together or retained a public business relationship.

That changed last night, when Jay Z (now head of Roc Nation) and Dame (head of DD172/BluRoc Records) were photographed together at mutual friend Chaka’s birthday party. The photos were posted to Instagram. 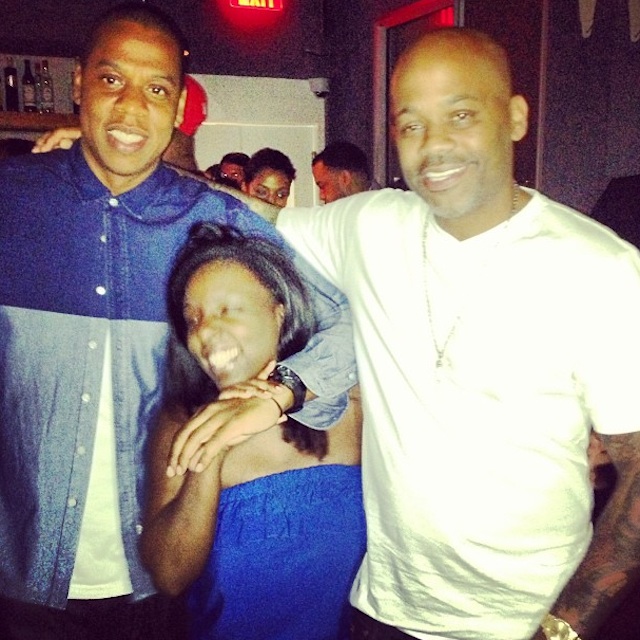 Recently, Jay Z, who had been largely silent about his onetime manager and partner, opened up about the “love” he felt for the man he shared offices with for years. 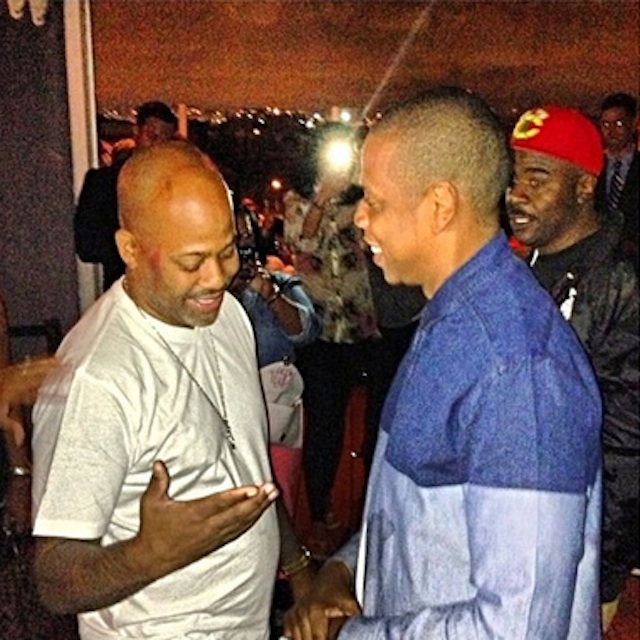 RELATED: Jay Z Says “The Love Is Still There” For Dame Dash