“Concerts are pretty much performance art,” Jay-Z said at the start of the film. “The venues change. Just by nature of the venues, the performance changes. If you’re in a smaller venue, it’s a bit more intimate so you get to feel the energy of the people…In a concert, especially in a large concert, all that energy comes to you. What do you do with that energy? So, today, it’s kind of an exchange. You have somewhere to drop it back off.”

Jay-Z also talked about the relationship between art and Hip Hop.

“When art started becoming part of the galleries, it became a separation between culture and even in Hip Hop, people were almost like, ‘Art is too bourgeois,'” Jay-Z said. “We are artists. We’re alike. We’re cousins. That’s where it’s really exciting for me, bringing the worlds back together.”

Jay-Z also talked about his views on Rap.

“Rap is pretty much thinking out loud,” he said in the film. “You’re talking and putting your fears and your vulnerabilities, you’re putting your bravado and your insecurities all on music and it’s there for the world to see. You’re really giving a glimpse of who you are.”

Hip Hop pioneer Fab Five Freddy, rapper Wale, actress Taraji P. Henson, record executive Lyor Cohen and filmmaker Judd Apatow were among those involved in the performance film, which can be seen in its entirety below via Life+Times.

Picasso Baby’s director Mark Romanek spoke about the idea behind the film, as reported earlier today.

“The idea of performance art came to mind,” Romanek said. “I was aware of Marina Abramovic’s Artist is Present, even though I was in London shooting ‘Never Let Me Go’ and didn’t get to go. And the idea that Jay-Z regularly performs to 60,000 people at a time, I thought, ‘What about performing at one person at a time?’ He absolutely loved it. He interrupted me and said, ‘Hold on! I’ve got chills. That idea is perfect.’ He thinks, like me, that the music video has had its era. I also wanted to make sure we had Marina’s blessing. So she attended the event and took part in the event. She couldn’t have been more happy or enthusiastic about us using her concept and pushing it forward.”

Wale recently spoke on the performance. “It shows the possibilities of Hip Hop,” Wale told Vogue. “I’m in this type of profession that can bring all kinds of people out. It’s almost as strong as politics and powerful as religion.

Pictures from the event can be seen below, via Vogue. 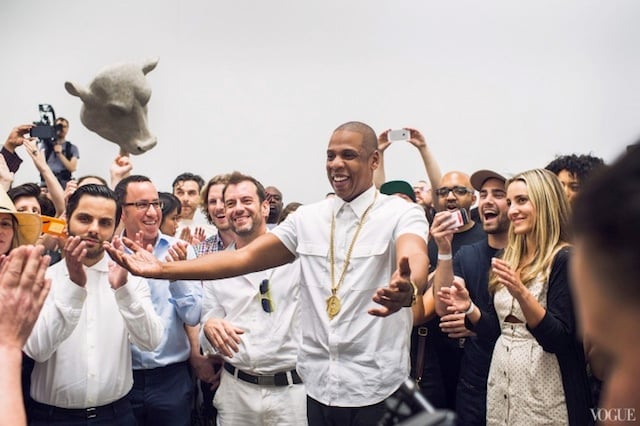 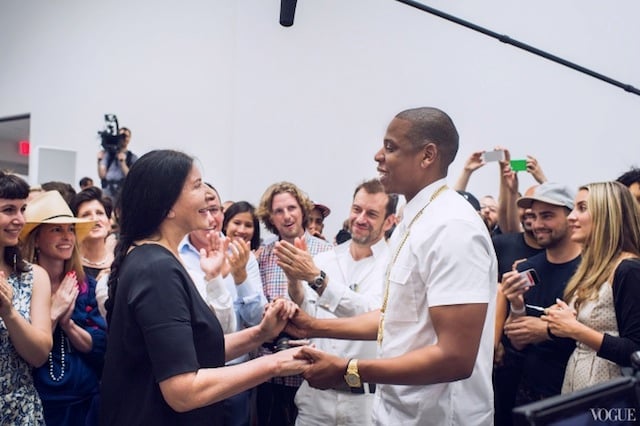 RELATED: Jay-Z’s “Picasso Baby” Director Calls It The Opposite Of “Street-Rapper Cliche”