“My favorite car of all time is the 1957 [Chevrolet] Bel Air Convertible. That’s just the best car ever,” said Glasses. Interestingly enough, Malone’s rhyme-partner on 2011’s Money Music, Mack 10 featured a ’57 Chevy on the cover of his own 1997 sophomore set, Based On A True Story and its lead single “Backyard Boogie.” Talking about the car, Malone added, “That motherfucker was $2,200 brand new, and it’s worth $160,000 now.” Some models of the ’57 Chevy are worth more, if they have factory fuel-injection or the highly sought-after two-four barrel models. “That’s a gorgeous car and it just represents everything right in life. I know everyone like how a car do that. The 1957 Bel Air represents everything right with life; the Miami Heat represent everything wrong with life.”

A decade later, G. Malone spotlit a career from a decade later. “My second favorite car, if I had to pick a car, I think it’s the ’67 or ’68 [Ford] Mustang, they called it ‘Eleanor’ in [the remake of Gone In 60 Seconds].” The 1967 Mustang used in the film was inspired by the Shelby Racing modified Mustang, with in-board headlights, stripes and racing vents on the site of the car. “It’s a Shelby, that’s a gorgeous car too. That motherfucker worth like a $120,000 when it’s all put together.” 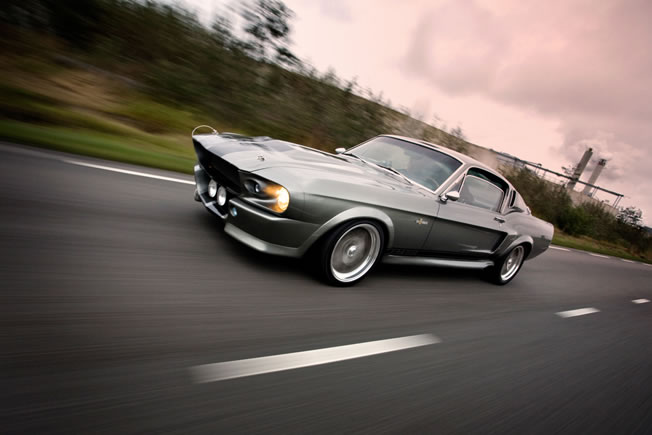 The 1967 Mustang and Malone’s third choice where pitted against each other in the famed car chase from the Steve McQueen film, Bullitt. “Then it would be the ’70 [Dodger] Charger. They used a lot of ’70 Chargers in that movie In Time, the cop cars,” Malone said, pointing to another film inspiration. “They did a little change with the grills and back, shit, but that shit crazy too. That motherfucker like $150,000.” The 1969 and 1970 Charger was also used as the “General Lee” car in the show and film, “Dukes Of Hazard.” 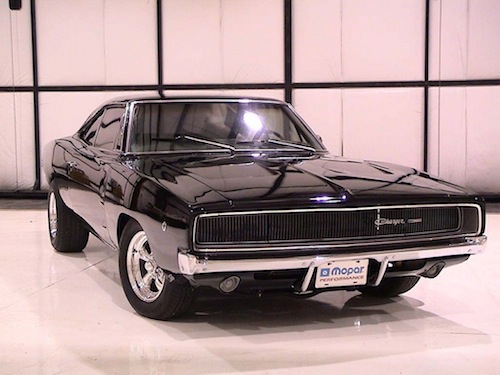 Next, the former Game protege pointed to a car whose body gained celebrity on the West Coast. “Fourth favorite car…do I even like anything new? I don’t like anything new, not like forever. [Buick] Grand National, GNX’s, I actually got a Grand National,” revealed Glasses. “The ’87 GNA—it’s a Buick Regal, but it was a special Regal they made into a Grand National. It was like an outlaw car, where it was like a 14 second [drag race] car off the show-room floor. It came with a turbo [charger], it was killer. I think they were $14,000 new. They’re still worth $14,000, $15,000 now, if there really clean, $20,000. They made an even rarer version of that car, [in the GNX] had a bigger turbo, bigger motor, more accessories. That car brand new was $29,000 and now that motherfucker worth $70,000. It’s the shit, that’s my shit.” In Hip Hop, a heavily-customized Grand National notably appeared in Daz Dillinger’s 1997 video, “In California”:

Closing out the list, Malone went more recent. “And then if I had a fifth favorite car I would say I like the [GMC] Duramax Denali, the pickup truck. I think if you a man you have to have a pickup truck. All men should have a pickup track, you know like men, you have to move something [laughing], BBQ pit to the park,” he added. “The new one I do like that as a new truck, the 2013, ’10, ’12 they have the same body style.” For Glasses Malone, the type of engine and fuel-burning is particularly important. “The Denali, Duramax version, the turbo diesel, not the little punk-ass gas one, that’s some sucker shit. The diesel, it gets good gas mileage and that motherfucker fast. You lift it up about eight inches, some 12″s, some crazy shit. That motherfucker sharp, if you’re a man get you a pick up truck. Don’t be a grown-ass men without a truck, that’s weak. Men, need a truck.” 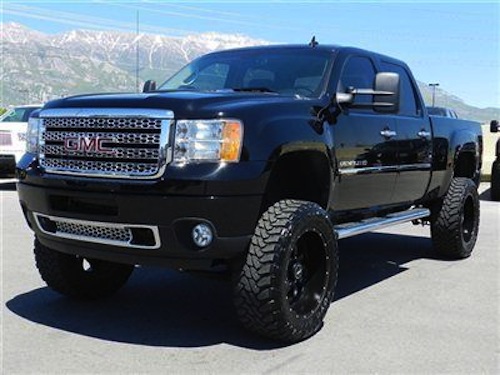 RELATED: Mack 10 & Glasses Malone: A Gangster And A Gentleman [2011 INTERVIEW]