Strange Music recording artists ¡Mayday! will be releasing its Believers album on July 16. The latest collection from the Miami, Florida group will feature the Tech N9ne–assisted “Last Man Standing,” as well as the album’s title track, which serves as the project’s lead single.

Believers is the second studio album the group has released since signing to Kansas City, Missouri, Rap veteran Tech N9ne’s Strange Music imprint in 2011. Besides working with Tech, ¡Mayday! has collaborated with other prominent rappers such as Lil Wayne and Cee Lo. Weezy featured the group as his on-screen band in videos for “Get A Life” and “On Fire.”

¡Mayday! is wrapping up the 32-date “Summer Of Strange Tour 2013” with Krizz Kaliko and Stevie Stone. Tonight (July 11), they are scheduled to perform at The Vernon Club in Louisville, Kentucky.

The remaining dates for the “Summer Of Strange Tour 2013” are as follows:

The cover art for Believers is below. 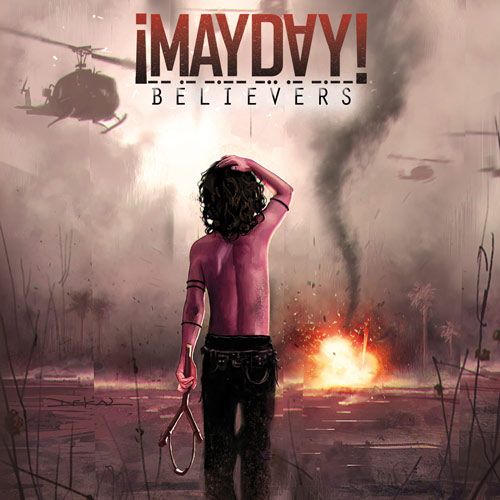