While details are still emerging, Adrian Younge appears to have announced his next full-length produced project. The Los Angeles, California-based producer has worked with Wu-Tang Clan’s Ghostface Killah on Twelves Reasons To Die in April, as well as a self-titled album with 1970s Soul/R&B group The Delfonics a month earlier. Now, the Black Dynamite soundtrack-maker is on board to work with Souls Of Mischief of the Hieroglyphics crew.

The acollaboration was alluded to in a recent interview with XXLMag.com, where Adrian spoke of two of his compositions sampled on Jay-Z’s Magna Carta Holy Grail album. Today, Younge’s publicist gave HipHopDX the cover art to the album titled, There Is Only Now. XXL reported that the LP is “centered on the Hip Hop group nearly dying and the aftermath of the incident.” 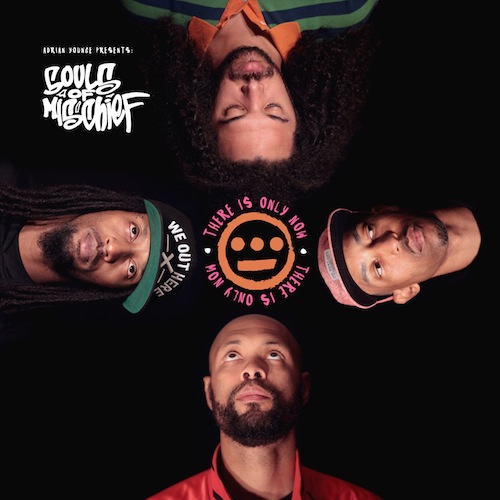 The quartet of Tajai, Opio, A Plus and Phesto has released five albums to date. The Oakland, California group’s last, Montezuma’s Revenge, was largely produced by Stetsasonic/Gravediggaz co-founder Prince Paul, and released in 2009.

UPDATE: Souls Of Mischief is slated to release its There Is Only Now album August 26.

The forthcoming collection from A-Plus, Phesto, Opio and Tajai is produced by Adrian Younge, who helmed 2013’s Twelve Reasons To Die project with Ghostface Killah.

There Is Only Now is a conceptual album inspired in part by a near-fatal incident that happened early in the careers of the Oakland, California group.

A Tribe Called Quest’s Ali Shaheed Muhammed narrates the collection, which also features appearances from Busta Rhymes and Snoop Dogg, among others.

There Is Only Now is slated to be the first release on Younge’s Linear Labs label.

The There Is Only Now tracklist is as follows: