With over 20 years in business, Cash Money Records has released a handful of compilations. In 2000, Birdman & Slim’s label dropped the Baller Blockin’ soundtrack, a gold-certified release. Two years later, the label followed suit with a soundtrack to the film, Undisputed. Over a decade removed from these two efforts, the label has plans to return to form with their first compilation as YMCMB & Friends (Young Money Cash Money Billionaires), with Rich Gang.

It was confirmed by a Cash Money spokesperson today that Rich Gang will release on June 25. In addition to feature players Lil Wayne, Drake and Nicki Minaj, the compilation is also slated to include appearances from some of the label umbrella’s newer additions, including Mystikal, Limp Bizkit, and Busta Rhymes. “Friends” of the imprints run by Birdman and Wayne, respectively, will include T.I., 2 Chainz, Meek Mill, Ace Hood, Future, and French Montana.

“Without a doubt, this album is one of the best group albums to date. I guarantee that it will be in rotation on every club, at every party and coming out of the speakers of every car, ” said Ronald “Slim” Williams, co-founder and co-CEO of Cash Money Records in a press statement. Slim’s brother and partnerm Bryan “Birdman” Williams, added, “YMCMB is a family, and this album is an example of our bond. We are thrilled to come together, partner with some of our closest friends and create something special for our fans. Think of it as an audio present, from our family, to yours.” 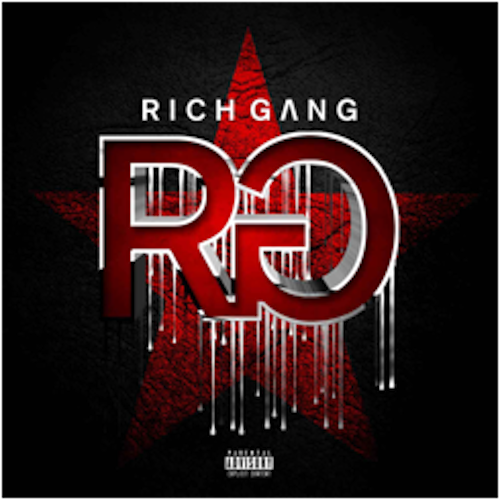 UPDATE: With a new release date of July, the YMCMB & Friends Present…Rich Gang compilation will be made available in two versions. As promised, the project includes newer label acquisitions such as Limp Bizkit, Busta Rhymes, Mystikal and Bow Wow.

Guests include Ace Hood, Kendrick Lamar, Flo Rida, and on the deluxe version, Game. According to HotNewHipHop.com, the regular and deluxe version tracklistings are as follows: