Grand Hustle Records/G.O.O.D. Music emcee/producer Travi$ Scott has been pushing back the release of his mixtape, Owl Pharaoh for quite some time, but his May 21 release date seems to be official due to a recent Instagram picture that appears to be a tracklist .

According to XXLMag.com, the anticipated mixtape may drop tomorrow. Scott is fueling that prediction with a recent tweet that said “#Owl Pharaoh This is about to happen.” 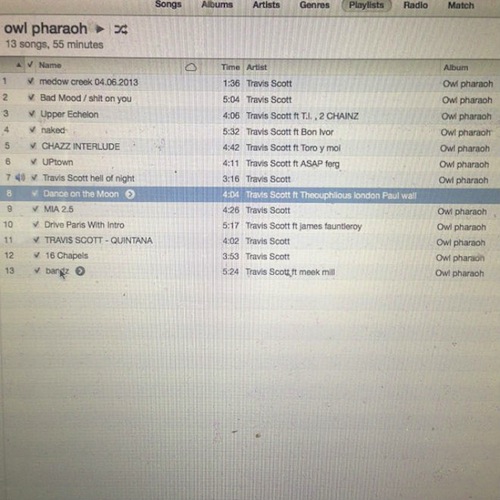 The 21 year-old artist has generated a significant buzz in 2013; just last month he signed to T.I.’s and Kanye West’s imprints simultaneously, and made the coveted 2013 XXL Freshman cover.

The shared trakclist for Owl Pharaoh is as follows: