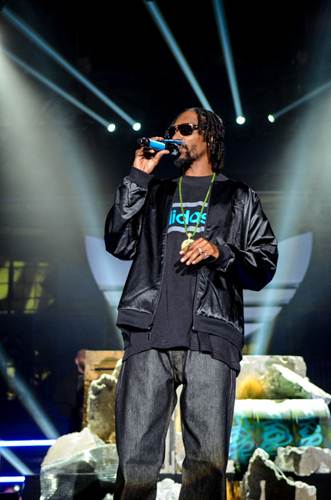 Performing four days before his birthday, Big Sean ran through hits “My Last,” “Marvin Gaye & Chardonnay,” and “Dance (A$$)” from his G.O.O.D. Music debut, Finally Famous: The Album as well as verses from his popular appearances on “Mercy,” “Clique,” and “I Don’t Like” remix. Following his set, the apparel company presented Sean with an adidas Pro Model shaped birthday cake, his favorite in the Originals collection. “I like the Conductor model, too,” he told HipHopDX. “Those are my favorites. I like the Crazy 8s, too.”

Diplomat producer, AraabMuzik put on a live MPC exhibition earlier in the evening, seemingly freestyling a raucous set of bombasting production for the audience. As part of his conversation with DX, the Rhode Island native mentioned that his favorite pair of adidas Originals are the High Top Pro models. “The originators, man,” he said. “The black on black, joints.” AraabMuzik produced much of Cam’ron’s Crime Pays, 50 Cent’s “Murder One” featuring Eminem, Slaughterhouse’s “Hammer Dance,” among others. 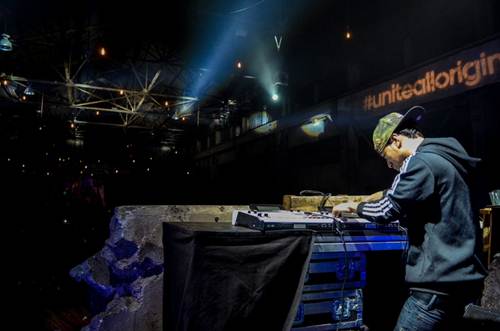 This was the second of three adidas’ “Unite Originals” events. The first took place in New York City on March 15 and featured Teyana Taylor, Chromeo, and Brooklyn nail artist, Christina Rinaldi. Select fans were treated to free tickets by following @adidasOriginals on Twitter and tweeting the hashtag #UniteLA.

adidas was founded in 1949 in Germany by Adi Dassler, who created the name by combining “Adi” with the first three letters of his last name (“Das”). In 1985, Run-DMC reportedly became the first non-athlete signed to a sports apparel deal, which was estimated to be worth over $1,000,000.

Big Sean is preparing for the release of his G.O.O.D Music sophomore release, Hall Of Fame which is expected this Summer.