Lil Scrappy has been arrested for violating his probation.

TMZ reports that the Atlanta, Georgia rapper was arrested in his hometown on Monday (October 1).

Scrappy was on probation for a 2008 marijuana conviction, and was sentenced to five years probation.

He was ordered to abstain from the use or possession or any alcoholic beverages or illegal drugs, to complete an alcohol/rug education program, and to perform 240 hours of community service.

Scrappy was also arrested for carrying a concealed weapon, obstruction of officers, and fighting at the same time as the marijuana arrest. He was sentenced to a one-year probation for each offense, which ran concurrently.

Scrappy was booked at the DeKalb County Jail. A photo of the 28-year-old rapper is pictured below: 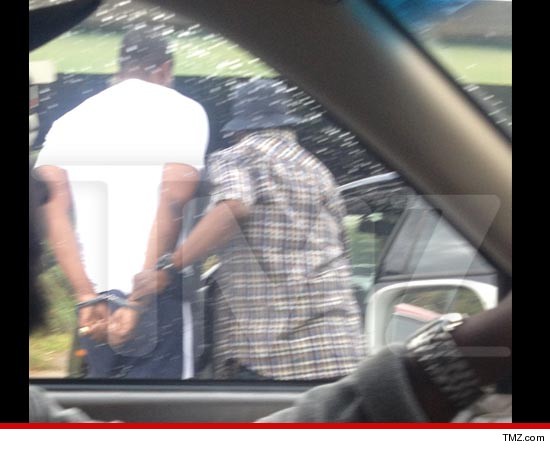 UPDATE: TMZ has reported that Lil Scrappy has been released from prison after an arrest this past Monday on account of violating his probation. His lawyer, Mawuli Mel Davis, says he was put back on probation and will have to check in with a probation officer, as was previously on “non-reporting” probation.