Despite Game attempting to reconcile with former G-Unit partner 50 Cent last year, it looks like the Compton rapper is back to firing potshots at his long-time foe. Now, in a recent post on Game’s Instagram, the Interscope emcee can be seen poking fun at Fif’s Street King energy drink.

SOHH reports that Game recently took a mocking picture behind the wheel of a promotional vehicle for 50 Cent’s energy drink company. In the tag line of the picture, Game joked that he was planning to steal the vehicle and hand out the shots to homeless people.

“The driver seen me coming & [ran] !!! Now I’m headed to skidrow to give this nasty shit to the homeless #JesusPiece,” he wrote.

The picture can be seen below. 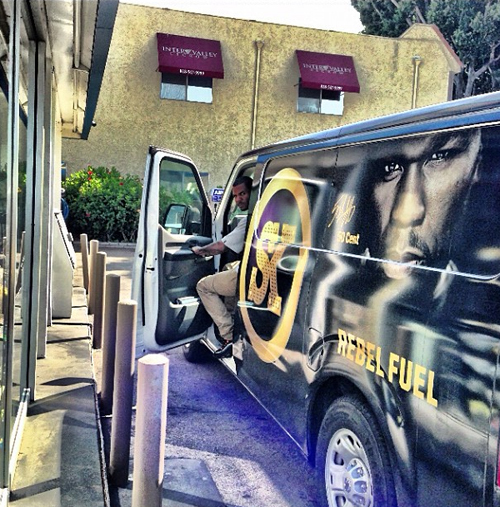 This isn’t the first time this year in which the California emcee took shots at G-Unit members. Last month, Game reportedly exchanged barbs with Tony Yayo amidst news of Yayo’s falling out with 50 Cent.