In the months following the release of his debut solo project HITStory, rapper/producer Hit-Boy has been making a name for himself as one of Hip Hop’s fastest rising stars. Now, the Surf Club alum recalls showing his debut project to none other than Jay-Z.

In a recent interview with Rap-Up, Hit-Boy said that he got the opportunity to sit down with Jay-Z and show him the entirety of his acclaimed project. He said following their listening session, Hov actually asked him if he could get a personal copy of the project.

“I got to play the album for Hov and he asked me for a copy on the spot, so that was just an accomplishment in itself,” he recalled.

Hit-Boy also spoke on G.O.O.D. Music’s upcoming compilation project Cruel Summer, reportedly due out September 18. Although he couldn’t confirm the LP’s release date or its rumored tracklist, he did say that it was amazing to travel across the globe working on the LP.

“[It was] amazing [recording Cruel Summer],” he said. “We got to do a lot of travelling, went to London, Qatar, just all around the globe. It’s just an amazing thing every time you get to be around Kanye…no comment [on the tracklist], I don’t know [if it’s final].” 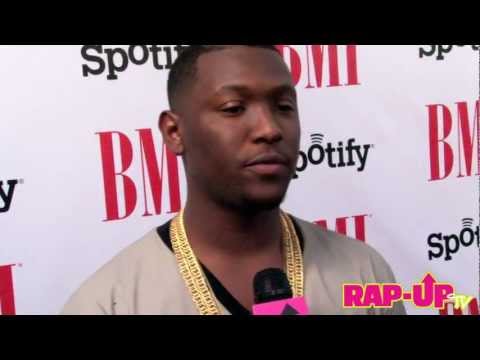 RELATED: Hit-Boy Explains How He Linked With Kanye West