Earlier this week, producer Bangladesh made headlines when news broke that the “A Milli” beatsmith called Swizz Beatz “irrelevant” in an interview with XXL. Now, despite retracting his swipe at Swizz and blaming the author for twisting his words, an audio recording of the interview in question has been leaked to the public verifying the diss.

XXL writer Chanel Jasmin Clark stepped to ThisIs50’s Young Jack Thriller with audio recording of her interview with Bangladesh, in which the producer can be clearly heard calling Swizz Beatz “irrelevant.” Clark said that she hadn’t been attempting to goad Bangladesh into attacking Swizz in her questioning, and that the only reason that she even bothered to leak the audio was that Bangladesh threw her journalistic credibility under the bus on Twitter.

“I used Swizz Beatz as a reference [in the question]; he’s trying to make it seem like I asked the question about Swizz,” she explained. “Sitting there, I have no idea that he has these ill feelings towards Swizz…I’ve got the audio…when I said his name, it’s like a switch went off in Bangladesh’s head, and he said he’s not relevant…[if] he wants to ‘keep it 100,’ don’t Tweet about me and try to discredit me as a journalist. As a woman, I’m not having it, and number two, as a journalist, I’ve worked really hard in this industry and no one’s gonna discredit me. Had he not Tweeted about me, I wouldn’t be sitting right here. I wasn’t trying to make a name [for myself]; I’ve interviewed so many artists prior to him. I’ve never had this issue before.” 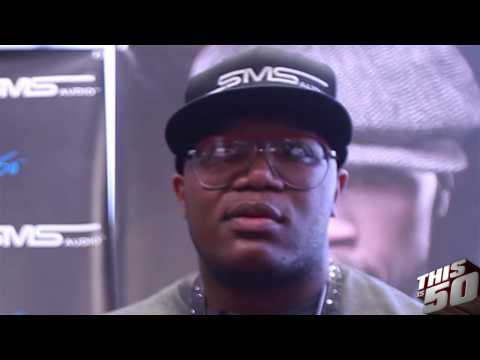 RELATED: Bangladesh Says Swizz Beatz Comments On Relevancy Were Taken Out Of Context