Swizz Beatz Responds To Bangladesh, Calls Him A "Clown"

Earlier today, producer Bangladesh discussed the issue of remaining relevant in Hip Hop, naming Swizz Beatz as an artist that he feels doesn’t fit in that category. During an interivew with ThisIs50.Com, Swizzy responded to the claim, calling Bangladesh a “clown” and listing his accomplishments as a sign that he’s at the top of his game.

“Y’all going to start this relevant shit?” said Swizz. “Don’t let this clown pump you up with this relevant. We at this video shoot right now. But you know anyways man, it’s all positive energy from me. I can’t get in that zone. I’m just happy to be here. Been doing this since 1998, 300 million-something sold. Domestically.”

Bangladesh, who has produced hits for Lil Wayne and Nicki Minaj, originally stated, “I think there’s a difference between relevance and musical relevance,” he noted. “You married a lady that’s poppin’ [Alicia Keys], you know it’ll give you a lot of relevance, but you gotta make hits. Ain’t no hits. Are you relevant for the craft you’re doing or the life you live as far as the decisions you make?” 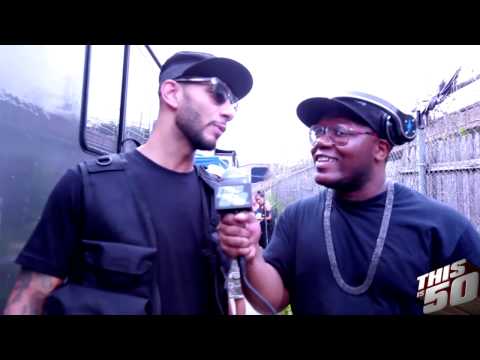