Swizz Beatz was recently targeted in the Megaupload scandal, with the U.S. Attorney’s Office claiming that he refused to cooperate in the investigation and was employed as CEO of the company. During a recent interview with Al Lindstrom, Swizzy explained that he would never intentionally facilitate illegal downloading and that the company was unfairly targeted on account of the feds being unable to control them.

“I’m a fan of music. I’m a fan of people that work hard and I would never be a part of anything that’s taking anything from an artist when I fight so hard to give so much too the artist. What I was doing, I was giving artists 90 percent of their shit,” he said. “Sometimes, when something is so powerful and people can’t control it, that type of attack happens and you see that happen with multiple things in life. You see things that are shut down that are unexplainable. I’m like, yo, that company ain’t never been sued for any of those things. You can’t go there and download any of those things. It’s MegaUpload, not MegaDownload. There’s other companies doing ten times worse than that, and they ain’t getting touched.”

Swizz continued by explaining that “time will tell everything” and that he would not co-sign a site that served as a conduit to downloading illegal tracks. “My thing is, time will tell everything. People will see what’s what, who’s who, all of the shit here. I’m not going to sit here and answer all of those questions because I can’t. My track record speaks for itself. I ain’t never been on track record as a Grammy person or doing something ignorant. I’m in the business of inspiring, and I can’t be in the business of inspiring if I’m so-called robbing my friends. My friends know that.” 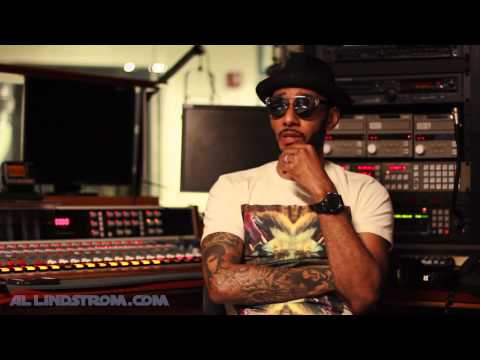