One of the most anticipated tracks off of Rick Ross’ upcoming album God Forgives, I Don’t, “3 Kings,”

featuring Jay-Z and Dr. Dre, hit the internet yesterday. In a recent interview with Power 98.3’s Bootleg Kev, Rawse addressed having such high-profiled collaborators on his album.

“I just collaborated with people I was a huge fan of such as Dr. Dre for the first time,” explained Ross. “And Dr. Dre and Jay-Z on the same record by the name of ‘3 Kings.’ Just witnessing that being in the studio with both of them dudes, man, it was a hell of an experience.”

Even Ross himself was surprised by the collaboration. “It was just something I could never really see happening,” admitted the Maybach Music Group head honcho. “On a personal level, that was big for me. Of course the record I did by the name of ’16’ featuring Andre [3000]. It’s a classic.”

Ross elaborated on the track with 3 Stacks. “Basically, when you get some music that you really love, or a track that you really love, sometimes sixteen bars is not enough to express yourself. So we just went to that next level. And I think for people to hear Andre do what he did…I’ma let y’all count how many bars he did. …He pulled out the guitar and banjo on this one.”

In January, Ross revealed he was in talks with Dr. Dre, essentially serving as notice that the two would collaborate. Ross had called the experience “amazing.” 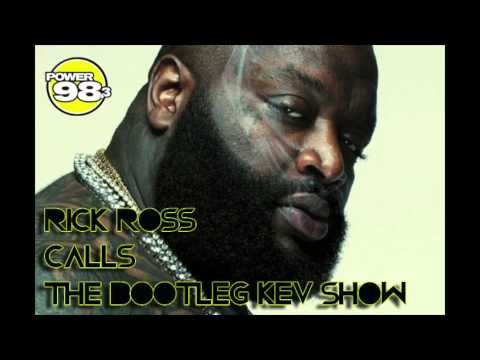