Last night, Lil’ Kim performed at the Bronx’s Paradise Theater as part of her “Return of the Queen” tour.

During the performance, the Queen Bee brought out Missy Elliott and Eve to run through the remix for “Hot Boyz.” Additional songs performed during the set included “Black Friday,”

“Crush On You” and “No Time,” also inviting Juelz Santana to take the stage to run through his verse from Lloyd Banks’ “Beamer, Benz, or Bentley.”

Fred the Godson appeared mid-show to rip “Monique’s Room (I Don’t Give a Fuck).”

Watch some footage from the concert below, including the moment when Missy and Eve grace the stage (via RU). 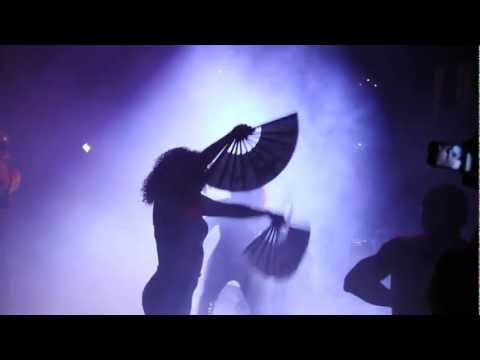