Big Sean has revealed that Mike Posner‘s new single will be titled “Top of the World” and that he is featured on the Diplo-produced track.

During an interview with Elitaste, the G.O.O.D. Music rapper explained that the track represents his and Posner’s climb to the top and reflects on their humble beginnings.

“Much love to my brother Mike Posner, we about to drop that ‘Top of the World’ record produced by the legendary Diplo. I personally like the record because it’s the realest shit ever,” he said. “We talking about coming up, we talking about how it was years ago before we had any record deals and we was in his mom’s basement writing these records. Y’all don’t understand, we was in a little busted ass basement coming up with melodies for ‘Cooler Than Me,’ all the songs that we did before. Just us talking about where we was going to be and to see it all start happening, it’s one of the most craziest things in life. When you in the pursuit of happiness and shit come, that shit is like, unreal. So I feel like the record, ‘Top of the World,’ embodies that feeling. It’s some fun shit too, at the same time.” 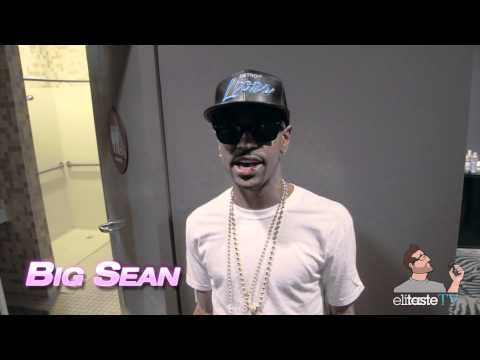