When asked about compromising lyrics for commercial records, Joell Ortiz was quick to note that they are signed to Shady Records.

“That’s the beauty of being signed to Shady Records because our CEO is Eminem,” Joell noted. “You guys are familiar with how lyrical he is, right? [laughing] We’re not compromising our pen to put any of our records in any direction now. There’s bigger production and a lot more time. We did our first album with E1 in six days. The album’s gonna be larger because we had a lot more time to work with. Now, our resources are open because we’re on a label.”

Those resources allowed for a variety of producers to come on board, as Ortiz mentioned. Joe Budden went on to explain what those producers did, saying they made the album even better by coming in to produce and not simply sending tracks over to the crew.

“So many different talented people came in,” Budden added. “It wasn’t just people sending us tracks. It was producers looking to produce. Alchemist came in. J.U.S.T.I.C.E. League, No I.D. and we sat down with quite a few people and picked their brain just so we could get on the same page. I think that’s why the music turned out as great as it did, in my opinion. That’s my opinion. Hopefully you guys feel the same.”

According to Budden, the album won’t be finished until it’s in stores, but he added that he’s excited for fans to hear the record in its entirety, calling it “impeccable.”

“We like to say the album’s not done until it’s in stores,” Budden explained. “I think that’s a pretty good motto to go by. But we’re anxious for the fans to hear it. I’m sure fans are anxious to hear it but it’s an impeccable body of work.”
For more on the interview, check the video below, courtesy of Fuse. 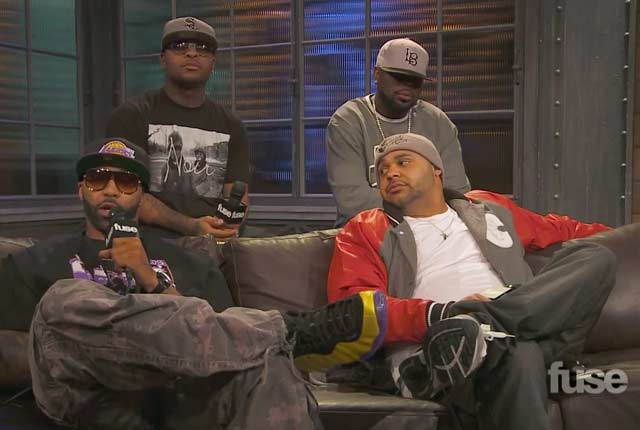