Rick Ross Says He Was Inspired By Martin Scorsese For "God Forgives, I Don't"

Rick Ross is currently prepping the release of his upcoming album God Forgives, I Don’t, set for release this summer on Def Jam. During an interview with LeBlackEtLaPlume.com, Ricky Rozay said that he approached the project like director Martin Scorsese would a film, and confirmed that Jay-Z and Dr. Dre will officially be on the project.

“God Forgives, I Don’t. First and foremost, the title, I wanted to approach it like let’s say Scorsese would have approached a film. I wanted it to be a bold statement, a dark statement, and have music to tell that story behind it. So it felt like a film or a motion picture when you listening to it. That’s the type of detail I really put into it,” he said. “The big homie Jay-Z on the album. I collaborated recently with Dr. Dre, which is something I thought would never happen at one point. Just to see how the tide is changing… I’m excited for the end result and what people are going to ultimately get.”

The Maybach Music Group boss also revealed aspirations of shooting his own films. Keeping up with his Scorsese inspiration, Ross wouldn’t acknowledge that other musicians bite his rhyme delivery but said that when he goes into film, that’s precisely what he will do with the famed director’s style.

“I think when you dope, man, that’s going to happen. It’s just like when I fulfill one of my dreams and start directing film one day, I’m going to bite Scorsese angles. I’, going to use the Scorcese lens. I think if you great within yourself, you take that, you ain’t even tripping.” 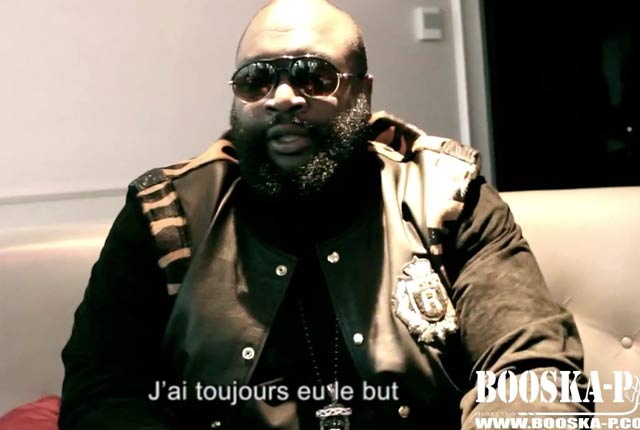