Yesterday, Diggy Simmons made headlines when a song titled “What You Say to Me” leaked, on which the emcee took aim at J. Cole. Now, the rap royalty explains the real reason he dissed the Roc Nation up-and-comer.

In a recent interview with 99.1 FM, Diggy explained that he attacked Cole because Cole falsely claimed to have had relations with Diggy’s his sister Vanessa on his song “Purple Rain.” Although Diggy added that his song is over a year old and wasn’t leaked by anyone in his camp, he felt the need to defend his family, a belief that he says was echoed his father Reverend Run of Run-DMC.

“[There’s] no big story behind it, it was really just that my sister [Vanessa] over a year ago told me that [J. Cole] was saying that he did this, that and third with her, ‘cus the went to the same college [St. John’s], but they didn’t really know each other like that, so it wasn’t like that,” he said. “She also told me that he subliminally talked about her in a song called ‘Purple Rain,’ which was also false. So it was just me sticking up for my family, that’s all that it really was. I didn’t even leak it, it got leaked last night while I was at the movies…I did that record last year…I was gonna put it out, but I didn’t feel like it was appropriate, but of course, that’s my sister…family over everything. [My dad Reverend Run] had already heard the track and he was like the same thing: ‘Family over everything, that’s your sister,’ so he wasn’t mad at all.”

Check out the full interview below courtesy of XclusivesZone. 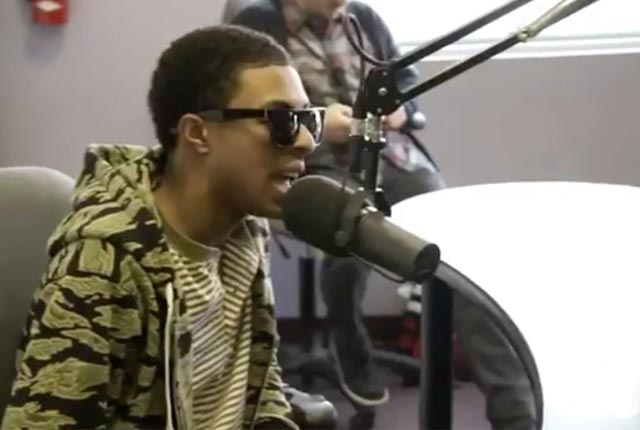